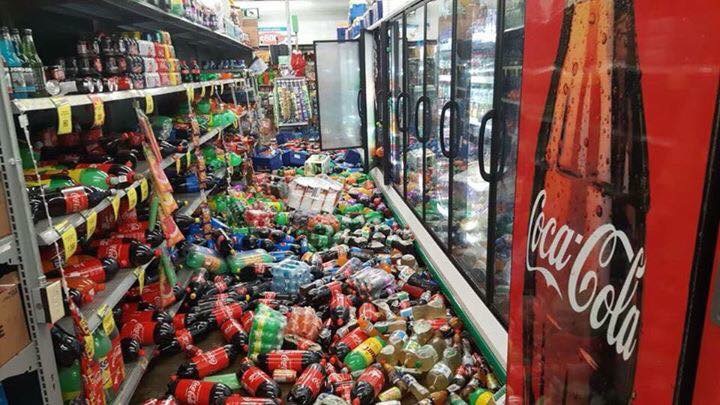 Glad you didn't go buy soda when it quaked. 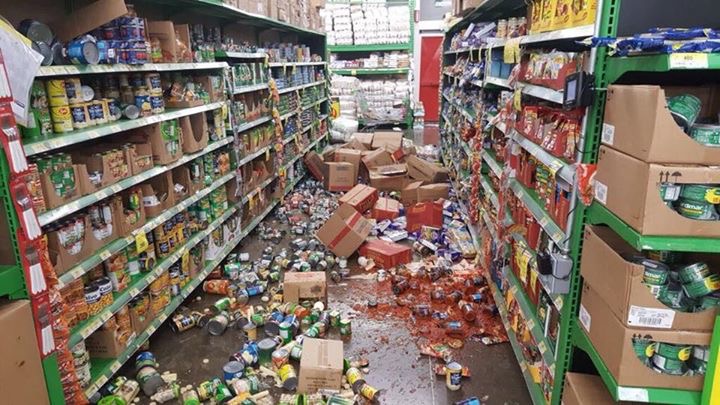 The Ministry of Public Security (MSP) reported bringing in two people for treatment for heart problems following a 6.9 magnitude earthquake this evening, Sunday, November 12 at 8:28 p.m. south of Jacó off the Costa Rican central Pacific coast.

The individuals, who were from the Jacó vicinity, were rushed to the regional Puntarenas Hospital but were declared deceased shortly after being admitted.

The earthquake is reported to have lasted 54 seconds, and occurred at a depth of 1o kilometers.

The Costa Rican Electricity Institute (ICE) reported downed power lines and electric poles in the port town of Quepos, south of Jacó and bordering on Manuel Antonio National Park, and said some neighboring areas have no power due to damage to a transformer in Parrita.

The powerful earthquake caused some landslides along roads in the Jacó area, and some buildings in the San José area including the San Pedro Mall are being evaluated for structural damages.

Some 20 aftershocks occurred in the Jacó/Parrita/Esterillos area after the 8:28 mega shock; one as strong as 5.2 magnitude, and the aftershocks continue to occur as of 10:30 p.m.