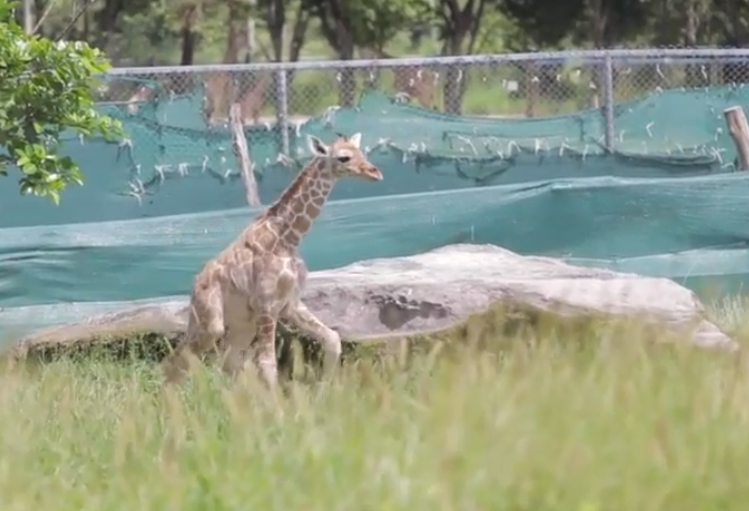 Sofia is the name of the new baby giraffe that was born at the Ponderosa Adventure Park in Guanacaste, Costa Rica, the 13th giraffe born in the country and the fourth so this year, the others that were welcomed this year in the park are Maira, David and Lydia.

In total, the tower of giraffes at the park is composed by 14 giraffes, “this means that the country already has a genetic reserve of this endangered species, there are only 90,000 in the entire planet”, commented Jose Luis Puma, spokesman for La Ponderosa.

In the last two years a total of 7 giraffes have been born in the country, six females and only one male.

The parents of Sofia are Ily and Mao the alpha male. Sofia is Ily’s third baby.

Ponderosa Adventure Park, formerly known as “Africa Mía” opened doors 10 years ago in Costa Rica as a park with animals in controlled freedom, today it includes a total of 70 hectares and over 300 animals including native and exotic animals, among them zebras, watusis, dromedaries, oryx, nilgas, bongos, wildebeests and ostriches.

It has also evolved throughout the years and today it offers several different adventure experiences such as kayaks and tours to the La Perla Waterfall, canopy and horseback riding.