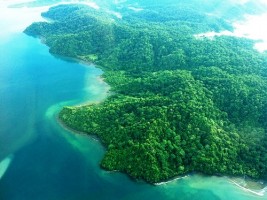 Author’s Note: Through the ages, the term “safari” has been negatively associated with hunting expeditions. The word safari derives from the African language Swahili, and it is used to describe an overland journey. The travel firm issuing this media release does not offer hunting safaris. In Costa Rica, hunting for any other reason than for the sustenance indigenous people is illegal.

The company will continue its renowned planning services to Africa, specializing in custom journeys of a lifetime. For the past two years Travel + Leisure named Rothschild Safaris the world’s best Safari Outfitter and best Adventure Outfitter for Families.

“We have been sending people to special international destinations for years,” said owner Leora Rothschild. “Because of the demand, we are offering these amazing experiences more formally. Our team has traveled and led tours around the globe and shares a wealth of experiences and connections with fascinating people to give you an insider experience and a magical trip.”

Susan Bruce, Rothschild Safaris Beyond Africa specialist, agreed. “We are thrilled to help clients travel to iconic destinations such as Machu Picchu and the Galapagos Islands, and to introduce them to little-known gems like Myanmar and Bhutan. Many clients are amazed to go on world-class wildlife safari in places such as Sri Lanka, Ecuador, Nepal and Brazil,” she said.

This is how Rothschild Safaris describes its Costa Rica travel expeditions:

Known for beauty, adventure, eco-tourism and accessibility, Costa Rica is a favorite destination. In a matter of minutes you can be in a different ecosystem – cloud forest, rainforest, dry forest, mangroves and beaches. The country protects its rich biodiversity, and eco-tourism is the norm. There is outstanding wildlife viewing. And you can raft, kayak, bike, hike, horseback-ride, dive, sail or simply dip your toes in either the Caribbean or Pacific and walk along miles of beaches.

Tortuguero – Reached only by boat or airplane, this wetlands teems with life. Cruise down canals and lagoons for a panoramic nature experience. Depending on the time of year, watch mother tortoises laboriously lay their eggs on the beach at night or watch the babies hatch. Wildlife includes three species of monkeys, sloths, colorful frogs and many birds.

Arenal Volcano – Although the volcano’s eruptions have decreased in the past few years, it’s a major presence in the local community and a beautiful volcano and area to explore. Enjoy blissful thermal hot springs and hike to La Fortuna Falls for a refreshing swim.

Monteverde Cloud Forest Reserve – Lush green forests, clouds and mist, monkeys and birds. Due to its high altitude, Monteverde receives a steady supply of clouds which generates moisture that catches on the branches of the tallest trees and drips down to organisms below, supporting a complex and far-reaching ecosystem with thousands of species of plants and animals. There are 420 species of orchids alone.

Guanacaste and Nicoya Peninsula – Famed for its white sandy beaches, some areas have been built up and offer a range of night life but there are still areas of lovely unspoiled beaches in tropical surroundings. There are a number of nature reserves. Inland areas in the north are drier and offer great horseback riding and volcano exploring.

Osa Peninsula – This remote area is graced with the Pacific on its left and the calmer Golfo Dulce on its right, home to humpback whales and dolphins. Blanketing most of the peninsula, Corcovado National Park is Central America’s largest virgin lowland rainforest and home to abundant wildlife including sloth, four species of monkeys, scarlet macaws, poison-dart frogs and jaguars. Adjacent to Corcovado on the east side of the gulf is Piedras Blancas National Park, a hidden gem with exquisite accommodations, wildlife and flora.

The climate is tropical year round. However, the country has many microclimates depending on elevation, rainfall, topography and geography. Dry season is from December to April and more popular areas are crowded especially over holidays. During the rainy season from May to November, it can rain heavily in some areas.