The Challenges of Building Your Dream Home in Costa Rica

Several years ago, I accepted the challenge to construct a large custom home high on a mountain in one of Costa Rica’s jungles, and this project turned out to be the most challenging project during my thirty-five years of construction experience.

To begin the construction, I needed to locate the boundaries for the foundation of the house, based on the construction plans provided by an architect, and I found some irregularities that greatly affected the awesome views that the client wanted to enjoy.

The construction plans for the house had been designed by a local architect, and he did not take into account the terrain of the property.

Additionally, because the building site was located in a protected zone, there were various restrictions and protected species of trees that limited the options for the location of the home’s foundation.

In order for me to construct the house and take advantage of the incredible views on this building site, a huge retaining wall needed to be designed and specified by a structural engineer. So I threw away the foundation plan that the architect had created and started from scratch.

The findings of the soil samples and the distribution of the floor plan required that the concrete footings be five meters wide and half a meter thick, with extra-large steel rebars for reinforcement.

I began the excavations based on the topographer’s placement of specific boundaries for the retaining walls, and that is when the nightmare began. 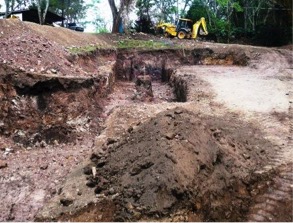 This was the first time during my thirty-five years of construction experience that I discovered subterranean rivers and a variety of colorful clay soil that combined to create a very challenging construction project that was like working on a bed of quicksand.

Each day we excavated the required quantity of soil to reach the elevations that the engineer specified for the footings of the retaining walls, and each following morning when I arrived on-site, I found the excavated trenches to be covered with water and mud from the subterranean rivers.

This was truly a challenging project and after a few days of dealing with the clay and flowing water, I realized that typical construction methods were of no use on this site.

I attempted to control the erosion with durable plastic and the installation of culverts to divert the flow of water, but because the water was actually coming from several meters below the surface of the land, other construction methods would be required. 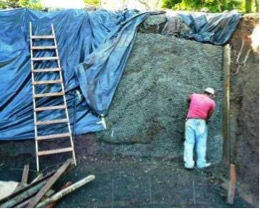 I began by covering the slope above the initial excavations with a wire mesh and we poured concrete on the slope to attempt to control the flow of water and erosion.

However, I soon discovered that the subterranean rivers were powerful and at night, the concrete washed away and more bright colors of clay were found. I have never seen clay like this with deep blue, red and golden soil. 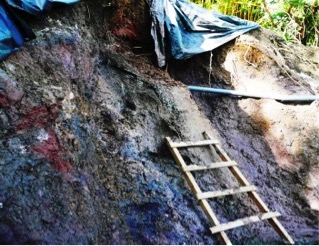 The challenges continued and with each advancement, more surprises were found. A huge rock was discovered under the surface that took a full day to remove and place outside of the construction area. 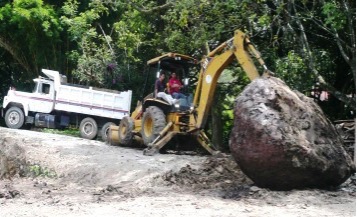 Following the removal of the huge rock, I needed to rent a jackhammer to chip away at more rocks found in the path of the retaining walls, and it took several days to remove them. 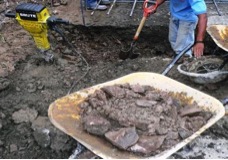 I was able to divert enough of the underground water and install a crushed and compacted stone platform in order to create a dry surface where we could begin to work.

The subterranean rivers now flowed like small streams on both sides of my new stone platform. 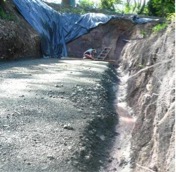 Finally were we able to excavate for the shear key below the foundation and begin to install the steel rebar reinforcement that the engineer had specified.

As I advanced with the installations, erosion from torrential rains continued to be a problem and delayed the construction process. 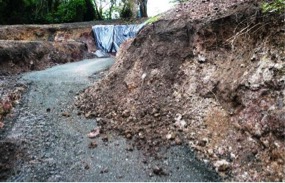 We assembled the rebars in a covered shelter away from the excavated area and once they were ready, we carried the huge rebar cages and placed them on top of the compacted stone platform. 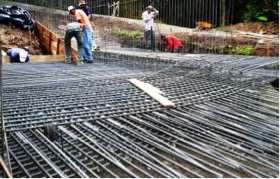 Once the horizontal steel cages were installed and the vertical rebars for the walls were connected we were ready to pour the concrete in the footers. 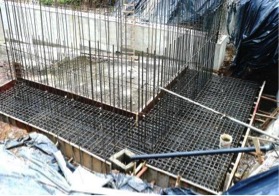 After the concrete had cured and was hard, we installed the metal wall forms and began to pump the concrete for this 64 lineal meter retaining wall. 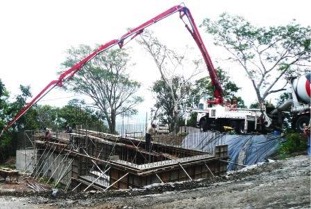 The assembly of the metal forms to pour the concrete walls was a slow and tedious process that took months of labor. 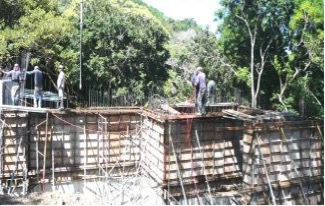 Eventually, we pumped enough concrete into the forms to complete the footings and vertical walls.

Once the metal forms were removed, we needed to fill the holes and waterproof the concrete surfaces with Sika Igol Denso. 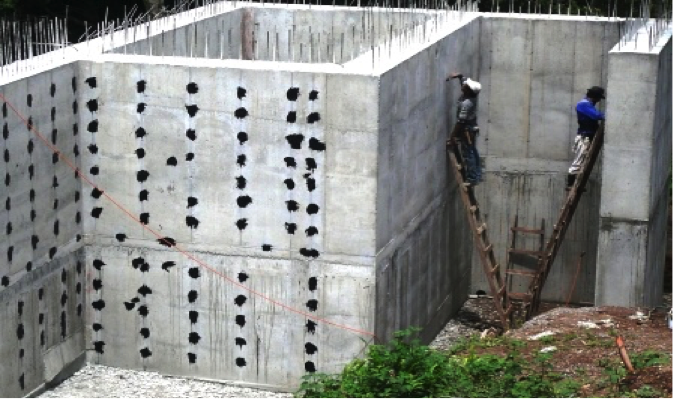 Then we installed perforated drainage tubes at the base of the walls on top of the footings to ensure that all moisture would efficiently drain away from the foundation. 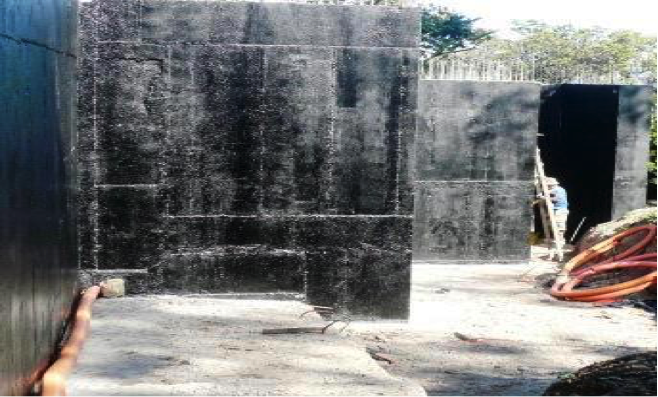 Additionally, in order to facilitate moisture drainage and protect the waterproofed walls during backfill, we installed Maccaferri MacDrain. 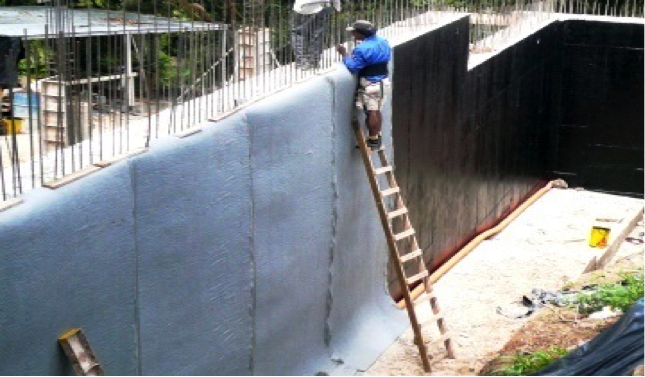 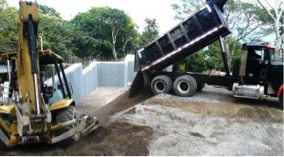 Following the distribution of the stones with a backhoe, a compactor was used to compress all the backfill.

Once the backfill compaction was completed, I had a solid platform on which to construct the large home.

With all the additions and changes the client decided to make, it took two and a half years to complete all of the construction. Additions such as a computerized electrical system, marble floor and wall tiles as well as custom windows, doors, and cabinetry shipped in from the USA greatly increased the overall cost of construction.

They decided to add a pool and covered patio. 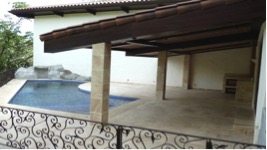 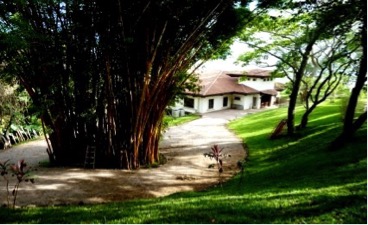 When I finished all of the construction and the clients moved in, they were satisfied, even though the project ended up being way over the original budget.