Concerns Over “Ethnic Cleansing” in the Dominican Republic 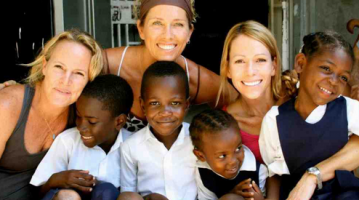 San Juan, Jun 24 (EFE).– The Caribbean Community, or CARICOM, has called on the Dominican Republic’s government to halt the deportations of tens of thousands of Dominicans of Haitian descent to avoid a grave “humanitarian crisis” in the region.

“The Community calls on the Dominican Republic authorities” to adhere to the principles of protection of citizenship to Dominicans of Haitian descent, adding that those “persons shall not be rendered stateless,” CARICOM said in a statement.

The 15-member regional body has expressed its “human rights concern” on deportation methods applied to people whose nationality has been revoked.

“The very real possibility that they could be expelled to Haiti, a country of which they are not citizens and with which many have neither family nor language links, was an additional cause for concern,” CARICOM said.

The Dominican Republic is not a member of CARICOM although it has applied for membership. Haiti is one of the 15 members along with Antigua and Barbuda, The Bahamas, Barbados, Belize, Dominica, Grenada, Guyana, Jamaica, Montserrat, St. Lucia, St. Kitts and Nevis, St. Vincent and the Grenadines, Suriname and Trinidad and Tobago.

Last week, the United Nations Refugee Agency urged the Dominican Republic not to deport people whose citizenship was thrown into question by a 2013 Constitutional Court ruling.

Many people born in the Dominican Republic to Haitian parents faced immense obstacles when trying to obtain the right documentation to register for the National Regularization Plan, and only around 240,000 applications were received ahead of last week’s deadline.

In the past, the Dominican government cited unofficial estimates of around 1 million Haitians living in the country, most of them illegal immigrants working in agriculture and construction.

The Dominican Republic and Haiti share the Caribbean island of Hispaniola, with Haiti in the western portion.

Though both countries are poor, Haiti is destitute, and Haitians cross the border to do work that many Dominicans will not do, such as harvesting sugarcane.

Haitians have been the target of mob violence on many occasions in recent years and the Dominican government has been widely criticized for its treatment of the migrants. EFE