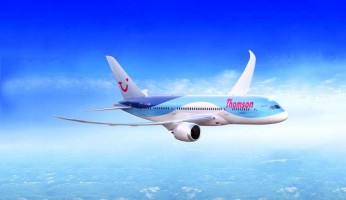 Over the last few months, the tourism industry of Costa Rica has enjoyed an increase of British and European visitors thanks to the inauguration of two flights from London, but officials fear that this joy will be diminished by Brexit.

The people of the United Kingdom voted to leave the European Union, which means that European tourists can no longer easily travel to London to catch a flight to Costa Rica. At a press conference following the Brexit referendum, the president of Costa Rica’s National Chamber of Tourism (Spanish acronym: CANATUR) mentioned that the new situation is dispiriting since our country has been working on a strategy to attract more European tourists through London.

As reported by The Costa Rica Star in November 2015, Thomson Airways landed a gorgeous Boeing Dreamliner with a passenger capacity of 291 at the Daniel Oduber Quiros International Airport (LIR) in Liberia. British Airways also began flying to the Juan Santamaria International Airport (SJO) recently. Although most passengers were British, some of the seats were occupied by European tourists.

Depending on how travel regulations from the European Union (EU) to the United Kingdom are sorted in the near future, EU travelers may wish to skip London on their way to Costa Rica.

For British tourists who plan to visit Costa Rica, Brexit was timely since the air routes from London are already established and operational. The year-to-date flow of visitors whose flights originated in London is near 20,760, which represents a year-over-year increase of more than 5,000.

Brexit means that CANATUR and the National Board of Tourism (Spanish initials: ICT) will have to charm British tourists apart from EU tourists, and the UK airlines will also have to figure out how to fill the seats no longer occupied by EU tourists on their way to Costa Rica.