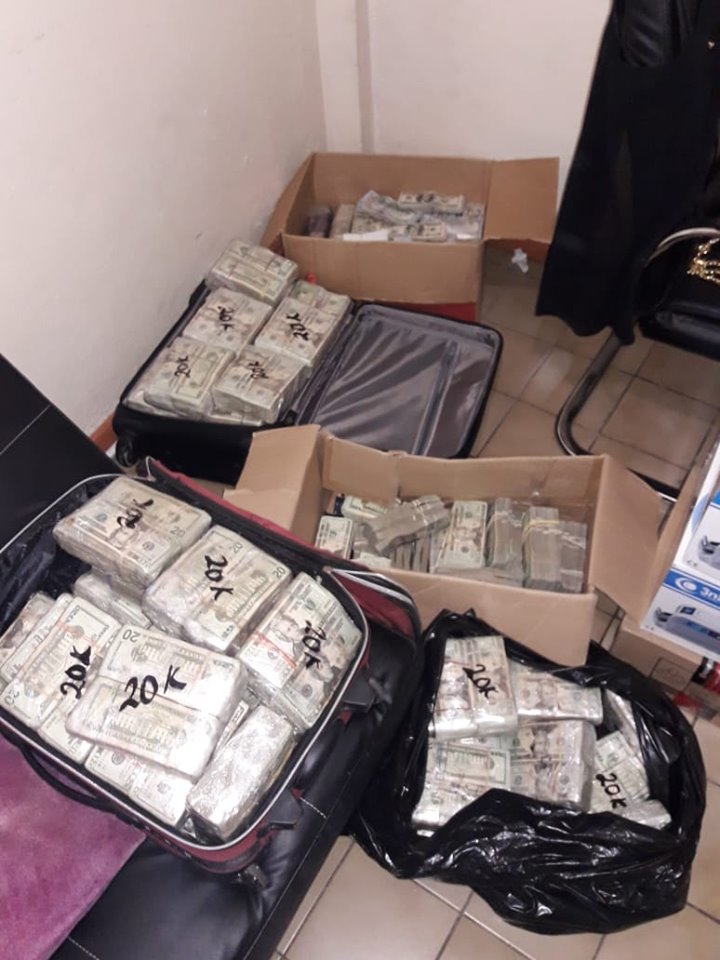 The Costa Rican Judiciary Investigative Police (OIJ) confiscated $3 million USD in cash and detained five people in an operation carried out this Tuesday, April 30 in a building located in China Town in downtown San José.

The building had experienced a fire last April 11, with the Fire Department called to put out the blaze. The third floor was engulfed in smoke, people out on their balconies trying to escape. Two children, and several adults, including a pregnant woman, were saved by a combination of firemen, Fuerza Publica, Transit Police and neighbors. No one was seriously hurt, but several suffered smoke inhalation. The Fire Department’s quick response and tall ladders saved many lives that day – and perhaps a lot of cash!

This was the result of an investigation that OIJ began on August 24, 2018 related to money laundry activities. Back in 2018 the police had seized $1 million USD from an Asian man of last name Weng, 24 years of age, in Paseo Colón, Weng remains in preventive custody awaiting trial.

Four men and a woman of Asian origin and ages ranging from 20 to 55 years were arrested in connection to this case. The suspects are of last names Li, Xie, Feng, Sheng and Hu.