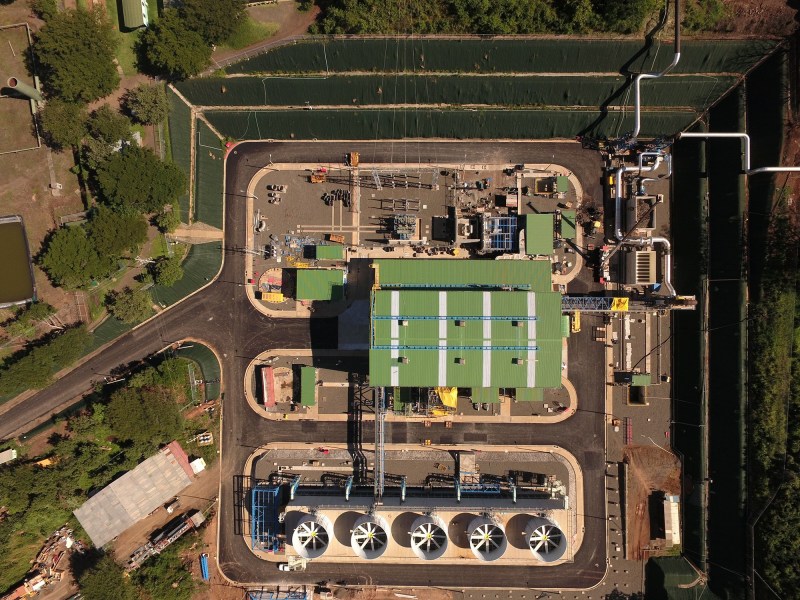 The Costa Rican Electricity Institute (ICE) will be forced to put the Las Pailas Geothermal Plant into production earlier than expected due to the dry conditions affecting the country.

Las Pailas II has 55 megawatts of installed capacity and its incorporation into the National Electric System is now programmed for May instead of June.

The first trimester of the year has presented atypical weather conditions, usually these months bring heavy rain in the Caribbean coast, however, this has not been the case this year.

“In the route of the National Decarbonization Plan, Las Pailas II will be an essential step to reach the goal of 2050”, explained President Carlos Alvarado.

Geothermal energy consists in extracting vapor from the volcanic subsoil to generate electricity, it is the only known renewable source of energy that does not depend on weather conditions. This characteristic allows to have a strong, trustworthy and long-term resource 24 hours a day every day of the year.

“We are complying with all the construction periods and concluding all necessary tasks to dispose of the geothermal resource to operate the plant. Incorporating it earlier is a decision that will bring multiple benefits to the system and the population”, commented Irene Cañas, Executive President of ICE.

The development of geothermal energy in Costa Rica, in the Alfredo Mainieri (Miravalles) field and Las Pailas, has allowed the recovery of forest cover in close to 1,400 hectares of grounds that were used for agriculture and livestock in the Guanacaste province.

Costa Rica holds the third place in the continent in installed capacity for the efficient and sustainable use of geothermal energy, only behind Mexico and the United States and it is part of a small group of countries that produce this energy such as Philippines, Indonesia, Italy, Iceland, Kenya and Turkey.