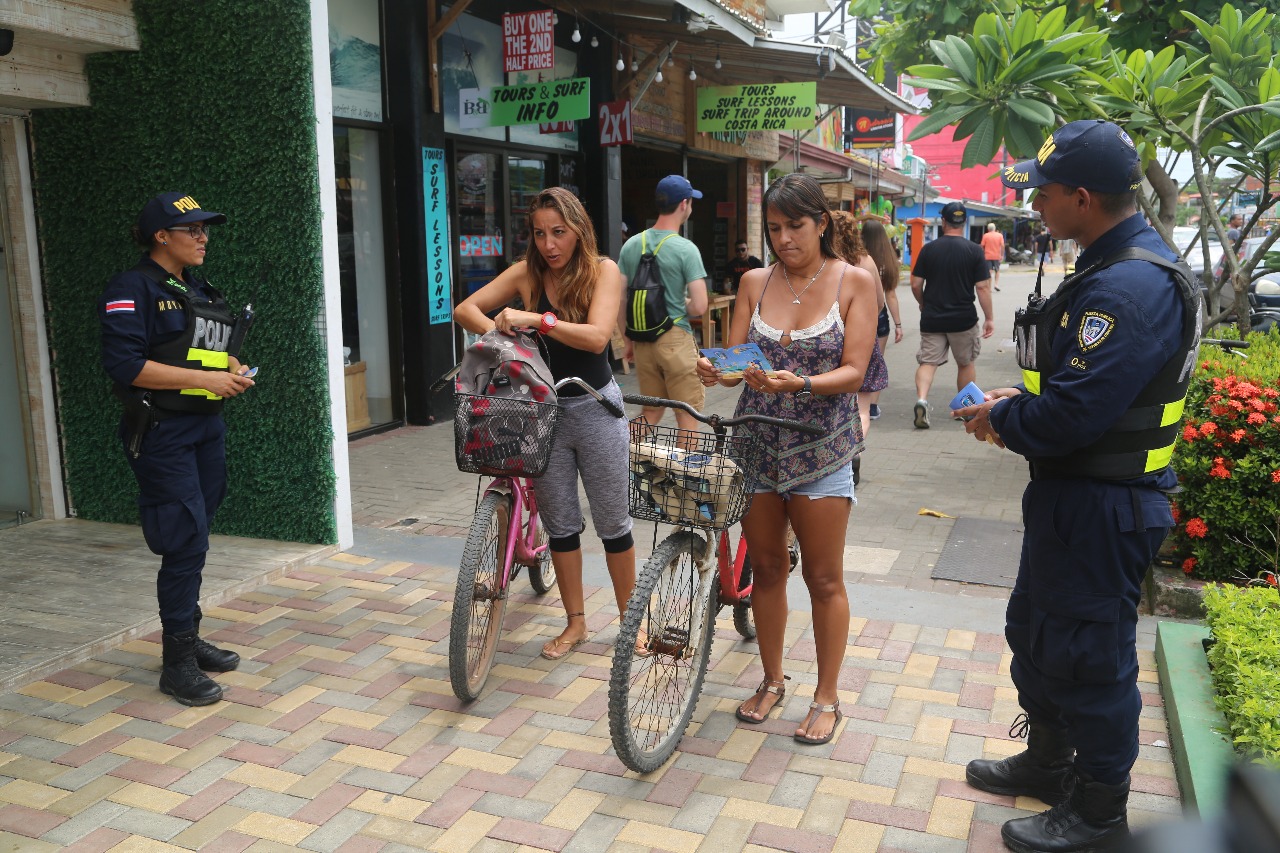 Constant patrols, road controls, interventions and others have been done throughout the entire district of Garabito, Puntarenas focusing specifically on areas of high visitation.

As a result of these operations the police have arrested 316 people, the majority for violations but to Drugs, crimes against  property, crimes against public authority or illegal carrying of a weapon.

Almost 1000 doses of drugs have been seized (cocaine, crack and marijuana) as well as an important number of firearms.

An increase in the number of thefts at the Tarcoles Bridge, known also as the “crocodile bridge” when tourists get out of their vehicle leaving valuables visible inside the car, has forced the constant presence of the police.

Police officers have also been offering advice to visitors so they can avoid falling victim to criminals.