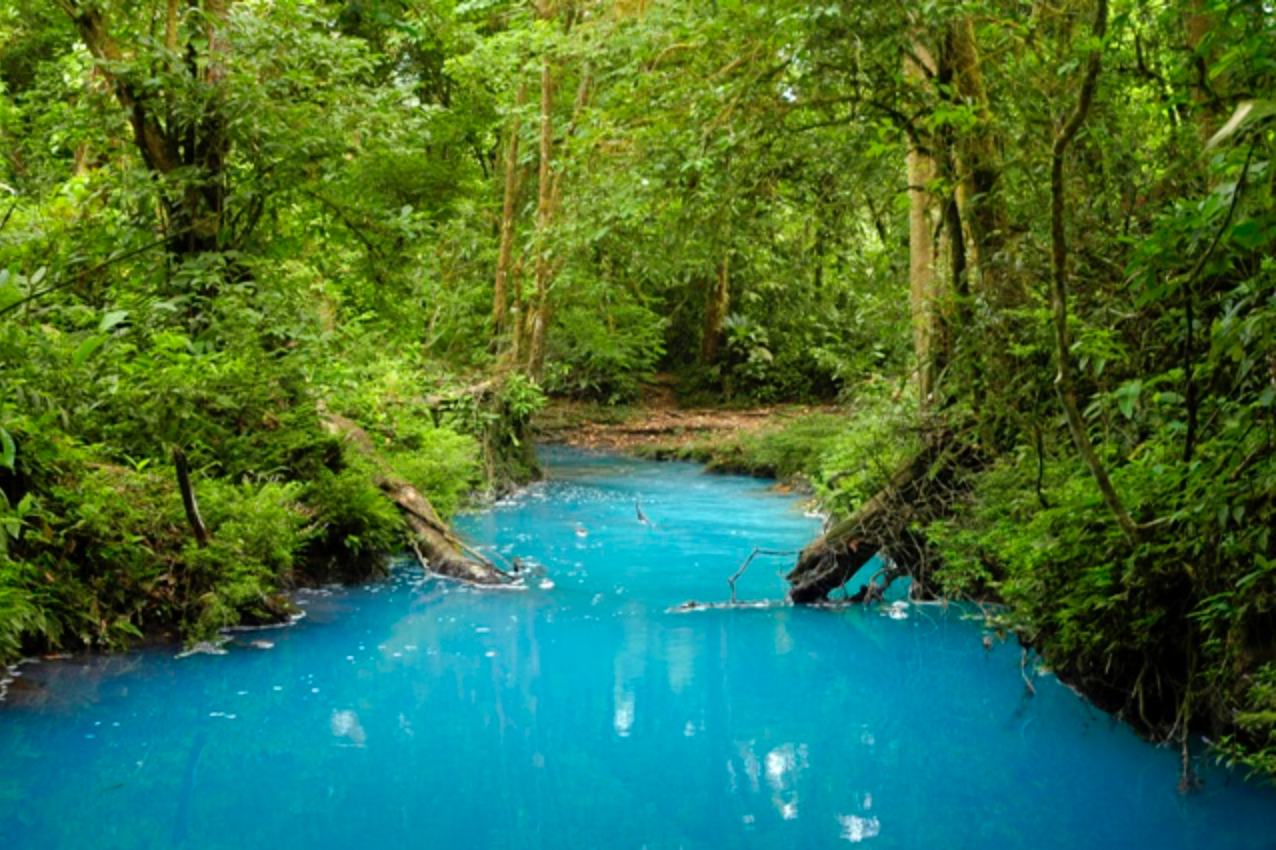 Heavy rains that fell during much of yesterday in Costa Rica’s northern region caused damages to some of the infrastructure at Tenorio Volcano National Park, and forcing a temporary closure, said a report on Teletica, Costa Rica’s Channel 7 television news station.

The park was closed all of yesterday, Thursday, August 17, and rangers hoped to be able to reopen the park – even if only partially – Friday the 18th, but they were still inspecting damages as of late Thursday.

Heavy rains compromised riverbanks and caused a tree to fall on one of the bridges over the Rio Celeste, or Azure River, as well as flood damage along some stretches of the park’s trails that lead visitors along the unique body of water.

The river’s intense blue color attracts thousands of tourists every year both nationally and internationally.

Álexánder León, regional director of the Arenal Tempisque Conservation Area, explained in an interview with Teletica that heavy rains forced the park authorities to close the park all day yesterday in order to prevent accidents and monitor conditions.

“First comes the safety and integrity of people, and in those conditions, the truth is visitors would have been exposed to potential danger and risks.

“We know that a tree damaged one of the bridges; and we still have to evaluate whether that area is passable or not. At the moment the intention is to open the park tomorrow (Friday),” he said.

Park authorities will evaluate whether they can open the facilities, even if partially, Friday in order to allow foreign visitors to stay on their planned itineraries.

Previously when damages have occurred, rangers said they will open up the path leading to the river’s spectacular waterfall, and leave other paths closed.

Though visitors should be aware that the heavy rains, carrying lots of sediment, caused the river to temporarily lose its aqua blue color. Once the waters settle the color will return to normal, it is expected.

Those interested in visiting the park this weekend can visit the park’s Facebook page to send a message or look for information, or call 4040-0941 for more details.