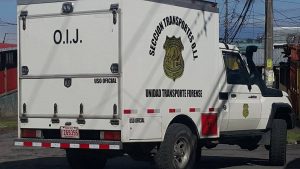 A Guatemalan woman is under investigation in Costa Rica for allegedly forcing another Guatemalan woman to work 17 hours a day without pay, and also without food during her workday or any days off, according to reports from the Costa Rica Judicial Investigative Police (OIJ).

She was arrested on charges of trafficking in persons for labor exploitation of the woman whom she apparently had work in her souvenir shop across from the La Fortuna downtown park.

Authorities are also investigating whether Martinez had two other people working in the same souvenir shop in the same near-slavery conditions. The investigation is processed under file 14-000026-1321-PE.

According to preliminary information by the Costa Rica Migration Police agency, Martínez brought the woman from Guatemala on an unknown date and promised her a “decent job.”

It seems that Martinez handled all the logistics related to the woman’s travel to Costa Rica including  her passport, air tickets and ground transportation to San Carlos.

The victim, a 20-year-old, said the conditions she was promised did not pan out. She said did not receive any salary and did not have any health insurance. She was also forbidden from having contact with her family in Guatemala, and was in other ways manipulated and threatened so she would not escape and report her conditions, said the OIJ press office.

A preliminary court hearing took place the following day, and meanwhile, the three alleged victims were taken to a safe place where they could also receive treatment.

Just over a year ago, Costa Rican Migration Police raided three bars in the same region: two in La Fortuna and one in nearby Chachagua de San Ramón which resulted in the rescue of a total of 16 women- Nicaraguans and Dominicans-who had been held as sex slaves. Five individuals were arrested in those raids.