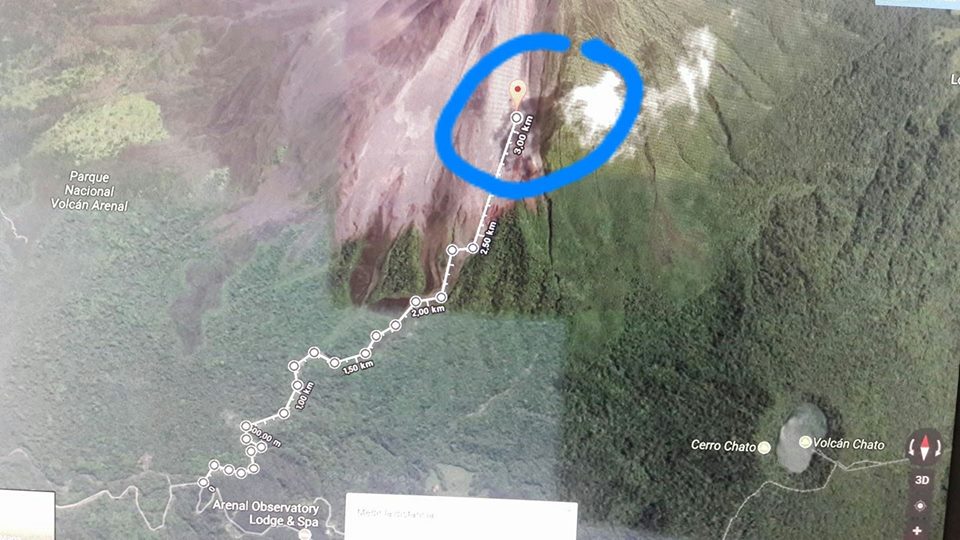 Photo of the rescue at Arenal Volcano

Four foreign tourists, whose identities have not been disclosed, decided to ignore the warning signs and security information and in their eagerness to seek adventure took one of the improvised trails that lead to the crater of the Arenal Volcano in La Fortuna, San Carlos.

Apparently a small landslide caused the emergency and two of the tourists took the worse part, one of them had minor injuries and apparently a fractured clavicle while the other apparently fractured his leg and hurt his hip, making it impossible for him to make his way back down.

A rescue team from the Costa Rican Red Cross had to make its way up to rescue the foreigners in the late afternoon and through late in the evening of this Friday, November 3; they were able to rescue three of them who were dehydrated and with a few minor injuries, one of them had to be transferred to the hospital; the fourth victim, however, could not be extracted due to the difficulty of the area which involves unstable , steep and slippery terrain and cliffs, conditions that along with the darkness of the night and the cold weather made it impossible for the rescue teams, the victim had to stay there through the night along with members of the red cross and was extracted on a stretcher this Saturday at 6 a.m. To reach the peak of the Volcano the hike takes approximately three and a half hours.

Although authorities have closed several clandestine trails, adventure seekers continue to find new ways or disregard the warning signs and enter the restricted areas of the Arenal Volcano National Park, risking their lives and the lives of those that have to come to their rescue.