Expat Drowns, Another Hurt in Waterfall Near Liberia, Costa Rica 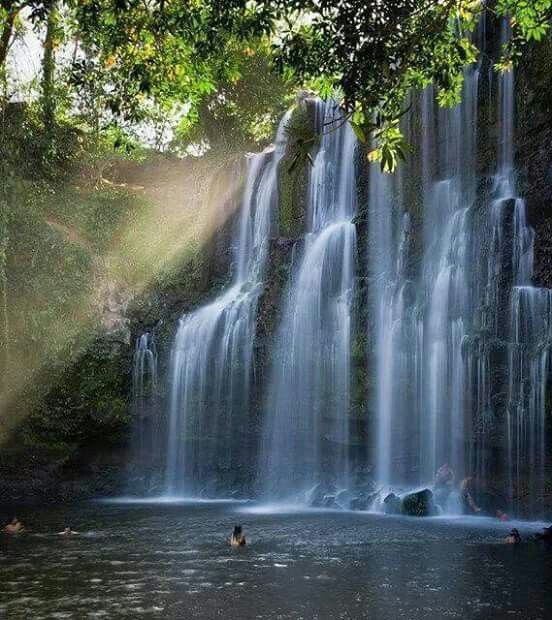 A 53-year-old German man, preliminarily identified with the last name of Schiloknecot, died yesterday in an accident at the El Tobogán waterfalls 30 kilometers from the northern Costa Rica city of Liberia, in the province of Guanacaste, reported the Spanish daily El Diario Extra.

Apparently he and some other foreigner visitors went hiking in the forest near their hotel, which was not identified in news reports, which was about an hour’s walk from the waterfall. Witnesses reported that the drowned man and another man had an accident when nearing the river which caused them to fall into the water, said Diario Extra.

The tourists who reported the incident to police said that the drowned man was a guide. The other man, who suffered injuries, was apparently a tourist.

According to tourist information at the Buena Vista Lodge & Adventure website, the waterfall where the accident occurred is hidden within a tropical humid forest along the Salitral River, which originates on the outskirts of the Rincon de la Vieja Volcano in Guanacaste.

“The first waterfall, Mina de Azufre, has a height of 25 m (81.25 ft), and the second fall, known as El Tobogan, with a height of 5 m (17.72 ft.) offers a rare natural waterslide with a refreshing pool at the end. You can wade or swim in both of these falls,” notes the Buena Vista Lodge & Adventure website.

The last fall along this stretch of the Salitral River is the most spectacular with a 40 m (130 ft) cascade leading to a slope of 200 m (650 ft), according to the hotel, which is not connected with yesterday’s accident.

Further details may become available once the judiciary investigative police (OIJ) finish their investigation into the tragic accident.