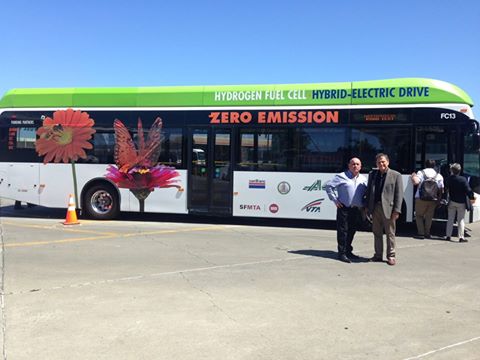 Former NASA astronaut Franklin Chang Díaz, current director of Ad Astra Rocket Company, expected to have the country’s first hydrogen-fueled bus running in May, there was a slight delay, but the prototype should be ready to go in June.

According to the Costa Rican physicist and mechanical engineer, the importance of this achievement is that it opens the door to a new transportation system, a clean system that can operate with zero carbon emissions and eliminates the need of hydrocarbons.

“The traditional electric cars have an engine that obtains electricity from a battery. The hydrogen ones have an electric engine, but the electricity comes from a fuel cell that feeds from hydrogen and oxygen”, described Castro.

“This is a sample project, to check the viability of having a transportation ecosystem, but the goal is much more ambitious, because what we want to have is the production, storage, dispense and use of hydrogen, all these as part of a sustainable ecosystem”, he continued.

The hydrogen fueled 35-passenger bus will operate in Liberia, Guanacaste in three possible routes, Liberia-Nicoya; Liberia-Tamarindo and Liberia-Panama Beach; it will make Costa Rica the second Latin American city to develop the technology to obtain hydrogen for use in transportation as the ultimate goal; Brazil also has prototype buses in Sao Paulo and Rio de Janeiro.

Other industrialized countries have this technology at a more advanced level, it is used in Japan and some European countries, as well as in California, USA.

What separates Costa Rica from the rest is that the hydrogen is obtained from the separation of water molecules and therefore there are no contaminating emissions; while in other countries it is obtained from methane gas and in this case the process produces small amounts of contamination.