This is the fourth installment of The Costa Rica Star’s exclusives six part original series of the upcoming book, “Drug Diva”, by Carol Vaughn the story of one of Central America’s fiercest female narco-traffickers, Cristel Gomez Espinoza. You can read our previous published first installment here , the second installment here and the third here.

Mexican beauty Sandra Avila Beltran was having coffee with friends at an upscale coffee shop in Mexico City in 2001, when the police cornered her and took her into custody. A tuna boat had been seized by the authorities carrying over nine tons of cocaine. The boat was traced by cell phones found on board, back to Sandra and her lover “el Tigre”. At last the “Queen of the Pacific”, also known as Mexico’s “Queen of the South”, had been captured. Similarities between the now 60-year old Mexican and Costa Rica’s 25-year old Queen of the South are legendary.

When captured, Sandra declared to authorities that she was “merely a housewife who earns a little money on the side selling clothes and renting houses.” That “little housewife” required four years and 30 federal agents to investigate, and eventually capture. She was operating on a much higher level of narco-traffickers than the Mexican authorities were accustomed to – especially for a woman. Her arrest would probably never have happened had she not unexpectedly contacted Mexican authorities herself when her son was kidnapped and ransomed for US 5 million. Her son was released, and Sandra and her Colombian tuna boat lover “El Tigre” were taken into custody. Sandra herself negotiated the release of her son from the kidnappers for US 3 million prior to her arrest. She also ratted out El Tigre to get a shorter sentence for herself.

Sandra suffered seven years in Mexican prison, two of them in solitary confinement. In 2009, she was interviewed for the American TV show 60 Minutes, by journalist Anderson Cooper. She complained to Cooper that her cell room was full of insects, and that the prison was violating her human rights by not allowing her deliveries of restaurant food. She was, however, allowed to receive Botox injections while incarcerated, which cost the prison doctor and hospital chief their jobs when it was discovered.
Jose Gerardo Mejia, the only journalist to interview Sandra while she was in prison, painted a different picture of the life of a jailed drug diva. He described her as, “a prisoner in four-inch heels, adorned with jewels, custom clothing, and obsequious guards who acted with the airs of a low-ranking diplomat announcing the arrival of the ambassador. Sandra’s guests were treated to food service served by maids, and included alcohol and cigarettes.”

Sandra was born in Baja California, Mexico, into a family of narco-traffickers known as the Guadalajara Cartel. She is a third generation drug diva. On her paternal side, her father is serving a 40-year sentence for the murder of a US DEA (Drug Enforcement Agent). On her mother’s side, several convictions of her mother and other relatives are on record for heroin smuggling, then later cocaine smuggling. Sandra was precocious. She spent so many hours helping her family count drug money that they would show off her favorite cocktail party trick to friends. Sandra could grab a fistful of dollars, and precisely calibrate their cash value. She later also became a ferocious car driver, master horseback rider, and deadly sharpshooter.
As a young woman, Sandra, like Cristel (Costa Rica Reina del Sur), had several affairs with well-known drug barons. She was married twice to Mexican ex-police officers, whom she allegedly converted into drug traffickers. Both husbands were brutally assassinated by hired thugs. Her most powerful partner was Juan Diego Espinoza Ramirez, “El Tigre”, her partner in crime with the tuna boat carrying nine tons of cocaine. She conducted an on and off again affair with “el Mayo” Zambada, a Mexican drug smuggler. She also had a close friendship with the notorious “El Chapo” Guzman.

Sandra was celebrated in Mexico and throughout Latin America by a band known as Los Tucanes de Tijuana (The Toucans of Tijuana) with a party single and video of their song, “Party in the Mountains”. It featured a secret birthday party in a place so remote that it was accessible only by helicopter. Many well-known narco-traffickers were in attendance, each with a security entourage, including the infamous “El Chapo” Guzman. In the video, Sandra is shown making a fashionably late, and dramatic entrance. Her entrance is described in the song like this:

“All the guests arrived at the mountain party in private helicopters. Suddenly, they heard a buzzing sound, and saw a chopper landing. The boss ordered everyone to hold their fire. Out came a beautiful lady, dressed in camo and carrying a “cuerno” (AK-47). Everyone knew immediately who she was!”
“Party in the Mountains” rocketed Los Tucanes to fame and fortune. They became part of the originators of “narcocorridos”, popular Mexican songs celebrating drug trafficking and drug violence, set to a bouncy accordion and brass-accented melody. Mexico has banned narcocorridos on the radio – they get people too fired up. These songs are still heard at bars, restaurants and private homes. Sandra could not have paid for better marketing for herself as a narco queen.
DEA officials said of Sandra, “Sandra was very ruthless. She never shrank from employing the violence that comes with the turf. She used the typical intimidation tactics of Mexican cartel organizations.” These tactics crowned her queen of one of the most coveted drug smuggling routes in the business: the Colombian-US Pacific corridor. Her tactics also set a perfect example for Cristel, and other drug queenpins.

Sandra and Cristel lived similarly compartmentalized lives. Both had loving families, luxurious living arrangements that only millionaires can afford, the best imported fashion and make-up – and yet spent much of their time in the trenches managing the most vicious and cruel drug lords known to Latin America. Both commented about their success that they studiously avoided using drugs themselves. Use of drugs by a drug diva erased the respect of her associates, and made her vulnerable to foolish situations with dangerous people. Both women approached their life’s work with cunning and ingenuity.
Sandra Avila Beltran has managed to cement her legacy in the world through a book based loosely on her life’s story, titled “La Reina del Sur”, written by Arturo Perez Reverte. The book was turned into a TV series starring the incomparable actress Kate del Castillo. Although Sandra was known more frequently as the Queen of the Pacific for her armada of tuna boats transporting drugs through Mexico to the USA, the title Reina del Sur became her trademark. Perez Reverte has complained that the TV series bore little resemblance to his book, but it launched Sandra into the role of a narco-tafficker heroine.
The National Enquirer of Costa Rica, La Teja, published a comparison between the two Reinas del Sur, concluding that although very different physically (Sandra is tall and dark-skinned, Cristel is petite and light skinned), and obviously different in age, the two shared a common drive to succeed, and ability to make millions of dollars by narco-trafficking, while managing men twice their age and physical strength.

The two queens are credited with opening doors for several other drug divas, in several different Latin American countries. They are also credited with bringing the attention of international drug enforcement agencies to the fact that women are having an increasingly powerful role in narco-trafficking throughout the world.

Next installment: Who are the upcoming Tica drug divas who will take La Reina’s place 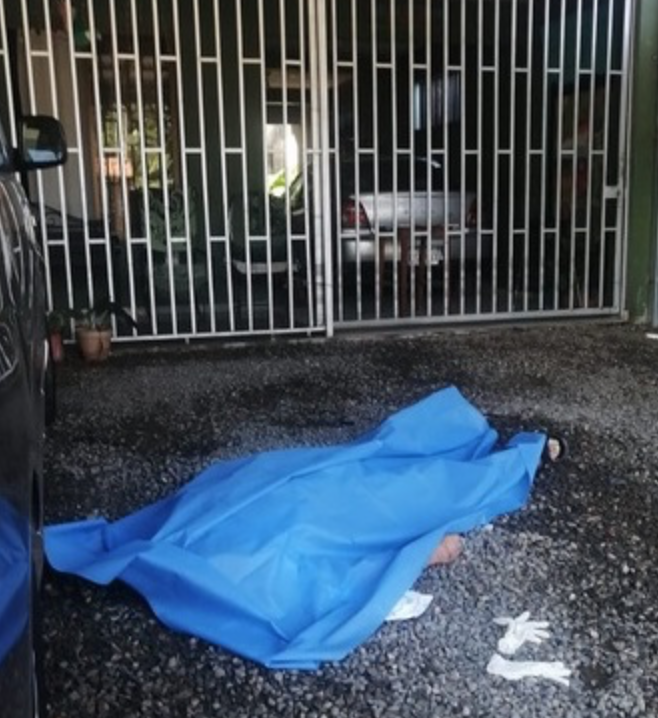 Attack of the Giant Snails in Costa Rica

BOLO (Be on the Look Out) for the highly destructive Giant African Land Snail, announced the Servicio [...] 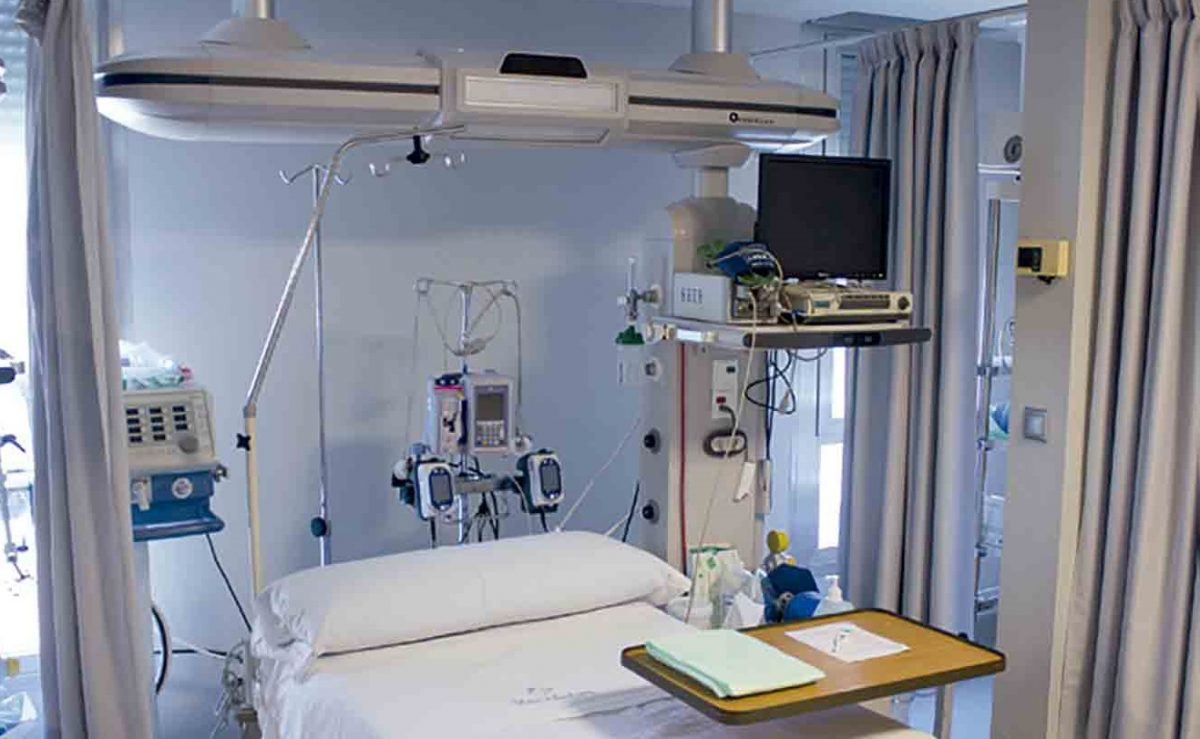 Costa Rica registered this Wednesday, April 28th, a new record on the number of new Covid-19 cases a [...]