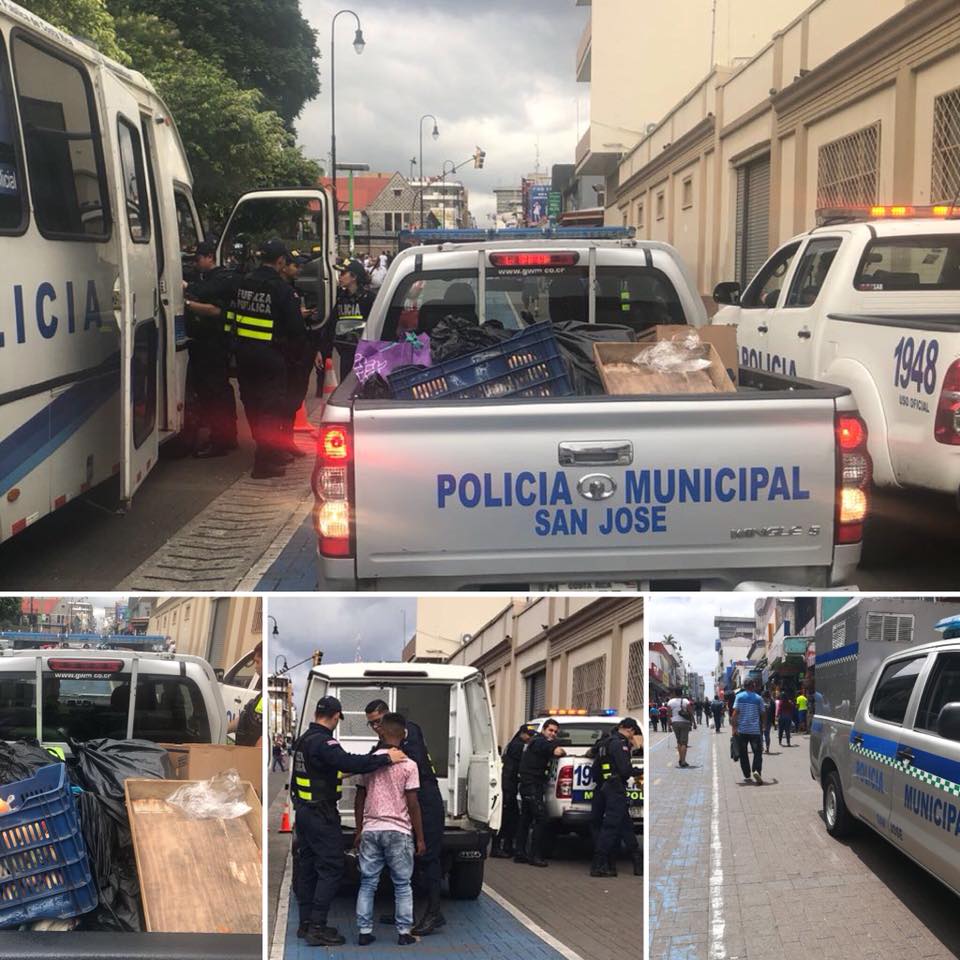 *Image for illustration purposes only

La Merced Park (Parque La Merced) in downtown San Jose, Costa Rica has been known for many years as a place of gathering of Nicaraguans in the country; in the past few weeks, the number of Nicaraguans in this park has increased considerably, as have the number of street vendors in the center of San Jose, according to the Municipal Police; reports were received by authorities of organized groups in this area that were interfering with free transit of Costa Ricans or even tourists, and preventing them from taking photos or videos claiming they don’t want these to be sent to the Nicaraguan Government and endanger their lives.

The Public Police Force of the Ministry of Public Security, along with the Migration Police and the support of Municipal officers raided the park the evening of this Friday, August 17 with the objective of verifying the migratory status of those present at the park.

According to information offered by Randall Picado, Regional Director of the Public Police Force, to local news Tele Noticias Channel 7, a total of 78 Nicaraguans were transferred to the Temporary Detention Center for Immigrants located in Barrio Mexico, San Jose where their migratory status and situation will be determined by immigration authorities.

Apparently many Nicaraguans have been sleeping in the park being that they have no place to stay, some of them requested that shelters are made available in San Jose.

The operations took place without any inconvenient, violence or resistance of any kind.

The San Jose Municipality also carried out actions this week to clear some of the street vendors working without permits in the capital city and occupying public spaces. 44 seizures of merchandise were confirmed, and 2 people arrested in the operation coordinated with the Public Police Force.