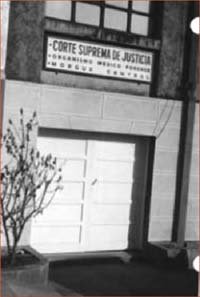 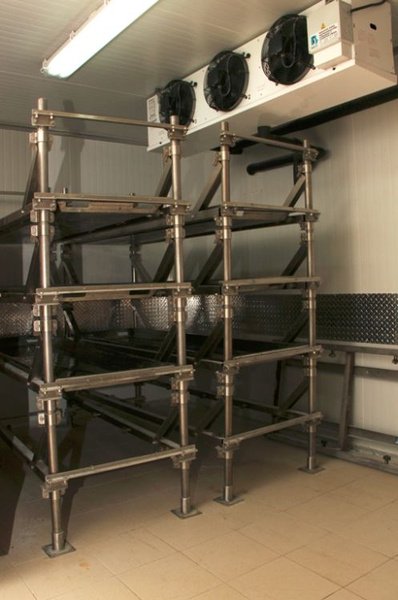 Inside the Heredia morgue; source Judiciary.

With the country’s estimated population as of June 30, 2017 at 4,947,490 according to the Costa Rican Census and Statistics Institute, a second morgue will be a helpful addition to the court’s services, said the judicial branch last week.

The northern region of San Carlos, home to Arenal Volcano, is slated to see the construction of a morgue in the near future.

The President of the Supreme Court of Justice, Carlos Chinchilla Sandí signed an agreement with Mayor Alfredo Cordoba Soro to build the facility. Under the agreement, the San Carlos municipal government will donate approximately ¢80 million (roughly US$140,000).

“We were able to identify a need in this community … for a judicial morgue, so that the mourners can have a dignified burial to their loved ones, according to their beliefs, in a shorter time,” said Chinchilla Sandí.

The local funds will be used for the purchase of a vehicle for the transfer of bodies, as well as tables for performing autopsies, and other forensic equipment.

“It is one of the most important projects that the local government has done, and is in response to the requests of the people of San Carlos,” added Cordoba.

The judiciary central offices said they were committed to securing land for the facility and to staffing the service.

The country’s existing morgue, with a capacity for holding up to 300 bodies in refrigeration, is in San Joaquin de Flores, Heredia, which is a considerable distance from the country’s northern districts.

The first morgue in Costa Rica opened in 1965, according to the judiciary, and its current facilities were inaugurated in 1997.