The Coca-Cola Company Begins Construction of One of its Largest Plants in Guanacaste, Costa Rica 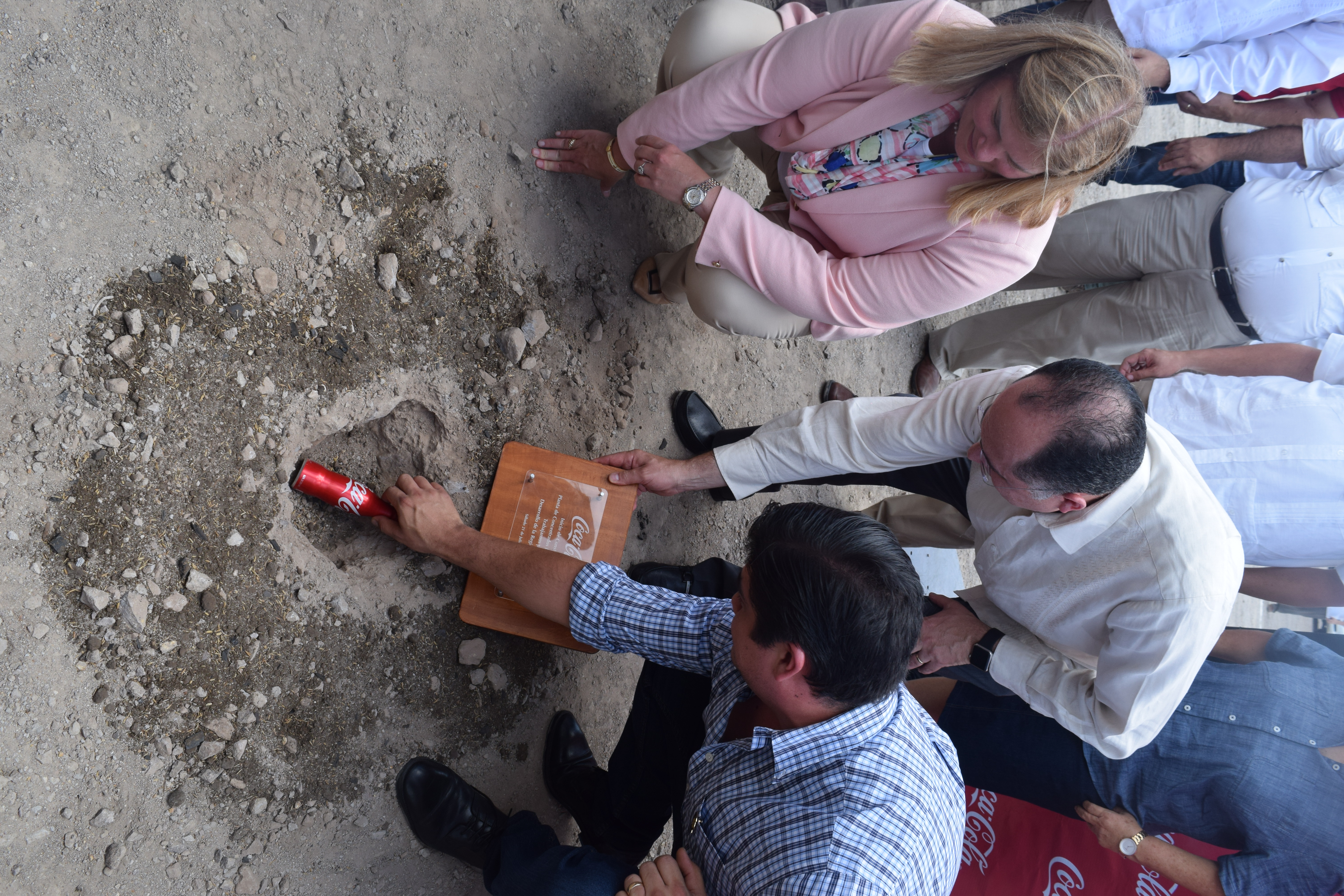 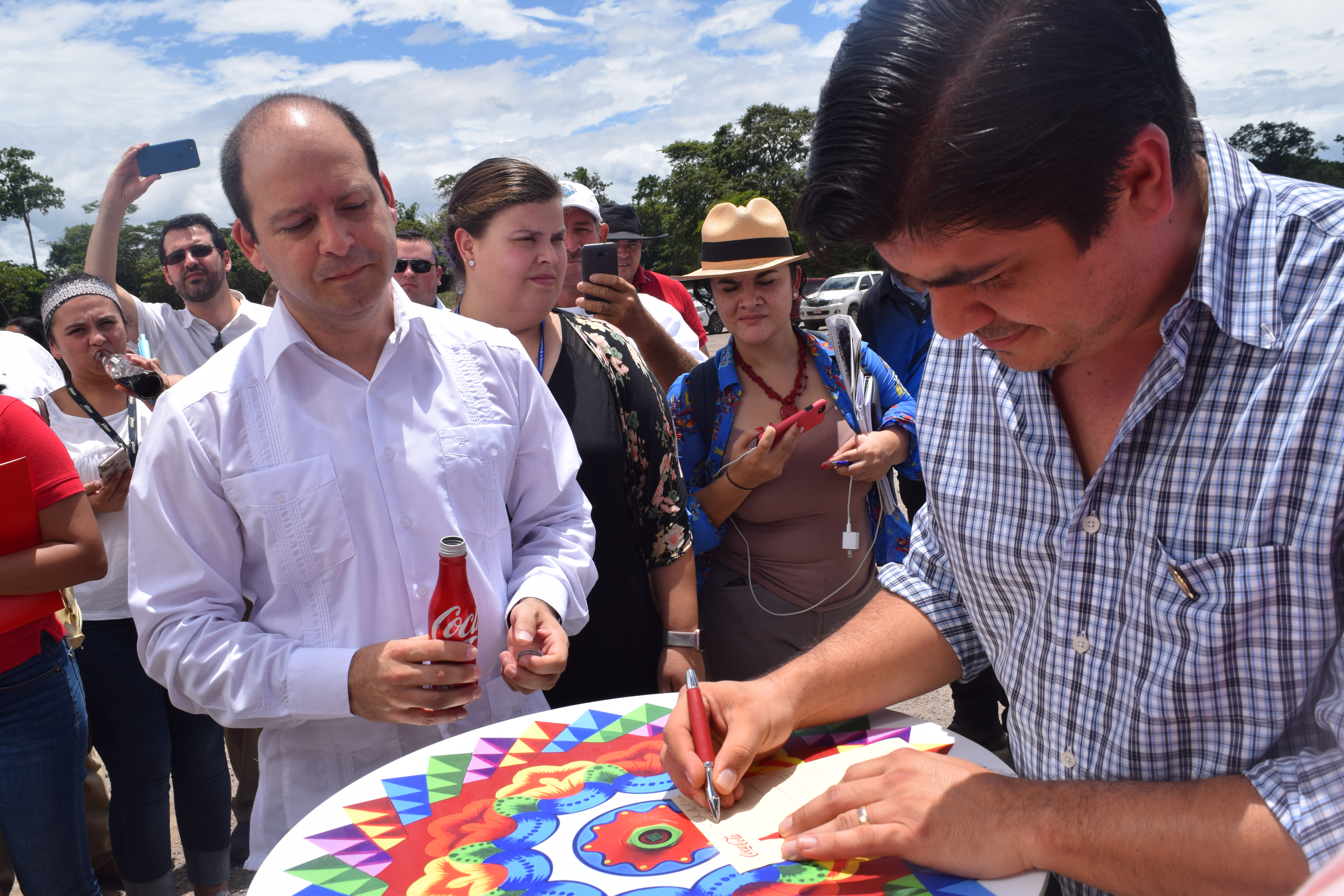 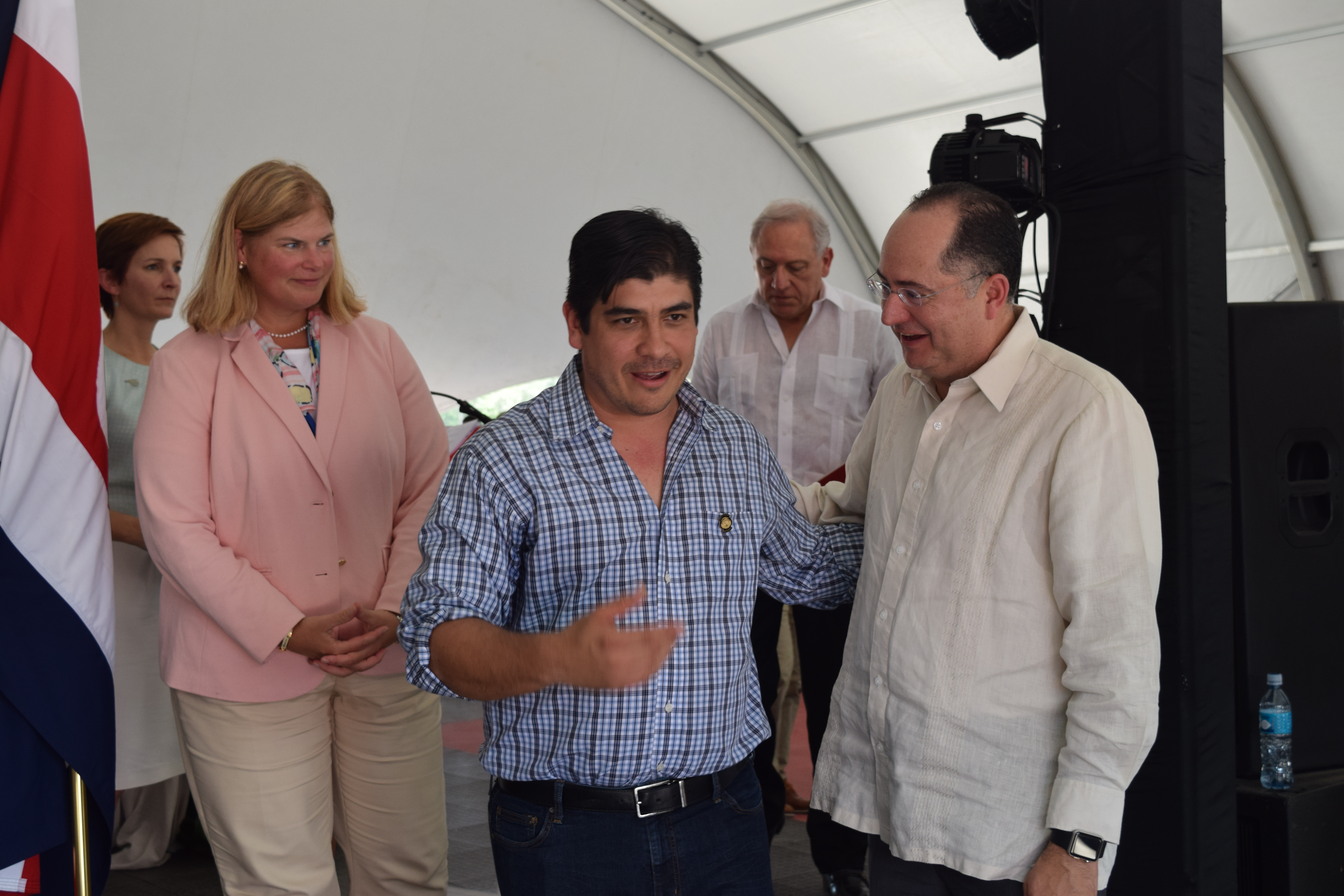 After 50 years of having settled in Costa Rica, the Coca-Cola Company celebrated, with a ground-breaking ceremony, the beginning of the construction of a new and modern plant in Liberia, Guanacaste.

The new operation represents an initial investment of US $50 million. The concentrate of Coca-Cola and 89 drinks that are exported to Central America, the Caribbean, Chile, Mexico, Brazil and Argentina, will be produced in this new plant.

The President of the Republic, Carlos Alvarado, highlighted that the new plant will contribute to strengthen this government’s strategy to promote development in the different communities and regions of the country by generating employment.

He also thanked the company’s decision to expand its presence in the country by constructing this plant, which will significantly impact local economic development.

“We are proud to place the first stone of the construction of the new Coca-Cola plant because we believe in the growth opportunities in Costa Rica”, said William Segura, Public Affairs Manager and Coca-Cola’s Communications for Central America.

The plant will be across from thee Daniel Oduber Airport, within the Solarium Free Zone. In the initial phase, the construction will have an area of 34,000 m2 (approximately 366,000 square feet). The current plant, located in La Uruca, in San José, is 18,500 m2 (approximately 200,000 square feet). The new facilities are expected to begin operations by January 1st, 2020.

The Minister of Foreign Trade, Dyalá Jiménez, also participated in the event, and expressed her pride of how Costa Rica continues to attract investment projects of great importance to the territory.

“We applaud the decision made by Coca-Cola to settle in Guanacaste, because it gives us a double reason to celebrate. On one hand, this project will allow the company to expand its productive capacities and its competitive levels in the markets; on the other, it will generate 130 direct jobs in an important region of our country. It will be a great contribution to promote one of the main objectives that this government has: to increase the development opportunities for citizens of the zones outside the Greater Metropolitan Area, with high quality formal jobs. We share this announcement with great pleasure and congratulate Coca-Cola for reaffirming its partnership and its long-term commitment with Costa Rica “, said the minister.

Currently, Coca-Cola is the leading exporter in the food sector and the third largest exporter of goods in Costa Rica, according to the Foreign Trade Promoter (Procomer). In 2017, Costa Rica exported $10,665 million of goods, 7% more than in 2016. The contribution of Coca-Cola is part of this important data.

“As a company, we continue to grow, and Liberia offers a strategic position for export. With Coca-Cola’s investment, we aim to double exports by 2024,” Segura concluded.

As part of the innovations, this new center will use robots to package certain products, it will have different systems to track the materials, as well as it will have systems for monitoring lighting, air conditioning and refrigeration systems with the purpose of optimizing operations and avoiding waste, as part of its contribution to the environment, the building will use solar panels in the parking lots.

In addition, it will have a wastewater treatment and process plant; it will use very little water during the processes and it will be reused.

The Coca-Cola concentrates plant will be environmental friendly, as it is designed to apply for the LEED Silver certification, which is a seal of quality that awards buildings that prove they are sustainable and good with the environment.

Globally, the Coca-Cola Company has 19 concentrates plants in the world, including those located in the United States, Brazil, Ireland and Costa Rica.