The Monkey Farm and Sanctuary in Playa Ocotal Guanacaste Update: Portions of this article have been removed on behalf of a party involved, due to being inaccurate. The remainder of the article will stay intact as the original.

Witnessing a monkey electrocuted by un-insulated power lines or transformers is a very disturbing, yet an all too common sight in Playa del Coco and surrounding beach communities. As many well know, the Coco area is a natural habitat for both howler and white face monkeys, parrots and other wildlife. Yet the desire for people to settle in beautiful Playa del Coco is making it more difficult for the monkeys to safely co-exist with humans. There has to be a solution.

Rather than just packing our bags and moving out of the monkeys’ natural habitat, we can learn to live with them and even help them. Vicki Conley is a mover and a shaker; one of the expats in the Playa del Coco area who doesn’t just settle for enjoying the fruits of the Costa Rican easy life. She literally plants the fruits!

Vicki has had a home in Costa Rica since 1999. In January 2012 she moved to Playa Ocotal to start an organic farm. “When I saw this farm, walking distance from the beach in Playa Ocotal, I just fell in love with it. After years of searching, I decided it was the perfect place for my dream of a self-sufficient sustainable organic farm to practice permaculture and eventually get off the grid,” Vicki explains.

Vicki was once a veterinary technician, has been in the pet industry all her life, and has done wildlife rescue ever since she was a kid. She has rescued not only monkeys, but also owls, squirrels, raccoons, coatimundi, skunks and parrots and birds of all kinds.

Yet, earlier this year Vicki was in for quite a shock (pun intended) soon after Coopeguanacaste ran new power lines through her farm to connect Coco to the big power plant in nearby Nuevo Colon. Within a few weeks of the work being completed, she had to bury four monkeys that were electrocuted by the new transformers. One was a female that was determined to have been nursing a baby monkey. This poor mother survived the shock, and a veterinarian was called in, along with nearby monkey rescue experts. It was then that Vicki received even more disturbing news.

The nearest monkey rescue center in Nosara, around two hours away, has become overworked and overwhelmed with injured monkeys. They just don’t have the manpower, facilities and financing to take in those with less than an excellent chance at rehabilitation.

Determined to do what she could to help save the monkeys, a four phase plan was developed to come to their rescue. The first phase of the plan was to make the farm safe for the monkeys. This phase has now been completed.

The next problem that needed to be solved was to protect the farm from violent human-initiated fires which burn the trees that the monkeys live in and eat from. These fires are intentionally set by local property owners who want to clear their land “the easy way”. They light their own land on fire and let it burn out of control. Unfortunately, the high winds carry the fire to neighboring properties, destroying much wildlife and trees, including the trees and gardens Vicki planted to help feed not only the monkeys, but also the volunteers who will take care of them.

In the first 14 months that Vicki was on the farm, three separate wild fires burned through the farm, killing trees and wildlife. After the third fire, Vicki was starting to feel overwhelmed and helpless. Living in nature is a dream for many. Permaculture and sustainable agriculture are the fad words of the day. Vicki also started on the farm with her hopes high, stars in her eyes. Yet running your own organic farm is no easy task, especially if you are a single woman who had to learn everything the hard way.

With the unexpected task of protecting the monkeys, Vicki couldn’t do it all alone. She prayed for help, having no idea where it could come from. And then a miracle happened: the help arrived.

The Monkey Farm is Born

Vicki had heard about online volunteering platforms where she could get help, but never thought that volunteers would actually come to such a rustic, undeveloped place. “Who would ever be content staying in a tent and working for free, just for the sake of experience?” Vicki muses. Having downgraded from the lavish lifestyle herself, she didn’t know that there are many people, young at heart and soul, who have learned to be content with very little.

Meanwhile, in Nicaragua, a couple of hitchhikers were about to hit the road once again. With no money in their pockets but hearts open for new challenges and opportunities, Lea (22) from Croatia, and Tomi (32) from Finland, had been traveling in Central America since the end of April 2013. They’ve hitchhiked tens of thousands of kilometers together.

Lea and Tomi had been helping out on a very developed organic farm called Inanitah, for three weeks. Yet they felt that it was too easy, that they weren’t really needed or making much of a difference.

“I wonder how lucky you have to be to stumble upon a farm that is just starting; a farm where you could stay for a longer period of time; a farm where your efforts are actually needed to get the place going,” Lea thought to herself when still on Ometepe island in Nicaragua. “How do you find a place like that?”

As soon as they got to Costa Rica, having no plan at all, they randomly ended up in Playas del Coco. “We liked the laid back atmosphere and just sat down on the lawn and read our books for a while,” Tomi reveals, “yet when we got hungry and we didn’t manage to get any leftover food from the restaurants, we decided to leave.”

Driven by the churning in their bellies, the duo stuck their thumbs out once again. One of the local expats, Alana Shaffer, picked them up. Alana took them to lunch and the three of them got to talking. It turned out that Tomi and Lea already had experience from organic farms in Mexico, El Salvador and Nicaragua. Furthermore, they were willing to help anyone who needed help, without expecting anything in return. “Just a moment,” Alana said and dialed Vicki’s number, “Hi Vicki! Guess what: I have a couple here who wants to come and help you. I’d take them right in.”

And that’s how it started. Lea grabbed a shovel and Tomi followed with a wheelbarrow. They made a few garden beds, fixed the aquaponics system and literally planted the seeds for the future. Lea went on to invite more volunteers to the farm, and to clean up and refurbish the rustic volunteer cabin.

Tomi, his background in organization and management, helped Vicki crystalize the idea and strategy for The Monkey Farm to become a monkey rescue and rehabilitation center. He also put up a website to immediately communicate the needs of the monkeys, the farm and the volunteers to the outside world. “You have to learn to ask for help,” Tomi told Vicki and she took it to heart. All these years she had been the one giving, now it was finally her time to let go of her pride and open-heartedly receive for the sake of the monkeys.

Now, Santa practically knocking at the door, the trio is ready to launch their first ever “crowd funding” campaign. Crowd funding is the practice of funding a project by raising many small amounts of money from a large number of people, via the Internet. The idea is that people all over the world can come together to take The Monkey Farm to the next level. This campaign is a step towards a Monkey rescue and rehabilitation center that feeds and houses a constantly changing group of international volunteers. Their work at the farm consists of both producing high quality organic goods and caring for the monkeys.

Having said that, making this dream a reality is not possible if the fires destroy everything once again. We need to protect the monkeys’ habitat before it’s too late! This requires running a fence around the entire outside perimeter of the farm. Then a second fence will be installed thirty feet inside of that one, creating a thirty foot strip or corridor for the farm animals to graze. This will create a permanent year-around fire break to protect the farm. Furthermore, the farm animals will help feed the volunteers, plus add to the organic dairy and meat products of The Monkey Farm.

So, be a part of something bigger than yourself and give the monkeys a Christmas present. Go ahead and donate to the campaign at www.StartSomeGood.com. To thank each participant, every donor’s name and location will appear in the fence that results from a successful campaign. The rewards for the biggest donors are no child’s play either: three paintings from our beloved neighbor and world-acclaimed artist Carlos Hiller. Two of the paintings are originals that Vicki acquired before Mr. Hiller became world famous and that are now worth several thousands of dollars.

The campaign runs until the end of the year. “I have no vested interest in this personally” Tomi adds. “In fact, I’ve been living without money for the past three and half years. It should say something about our commitment to the cause that a fellow like me, who refuses to use money in his own daily life, endorses a campaign like this and asks for people’s financial assistance. Please join us in saving the monkeys and contribute to our campaign at www.StartSomeGood.com” 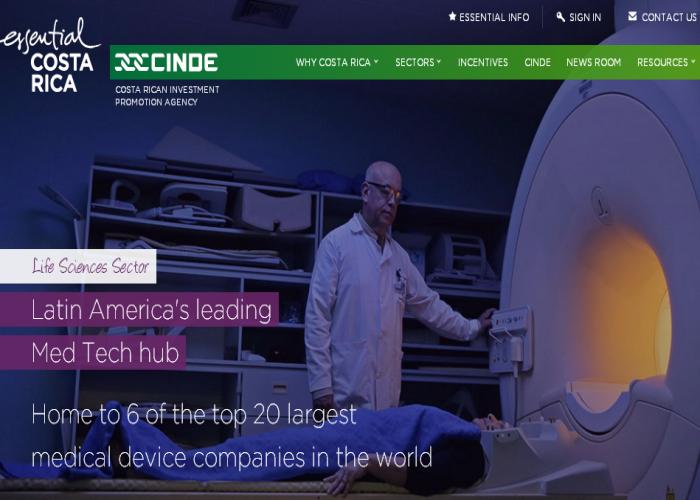 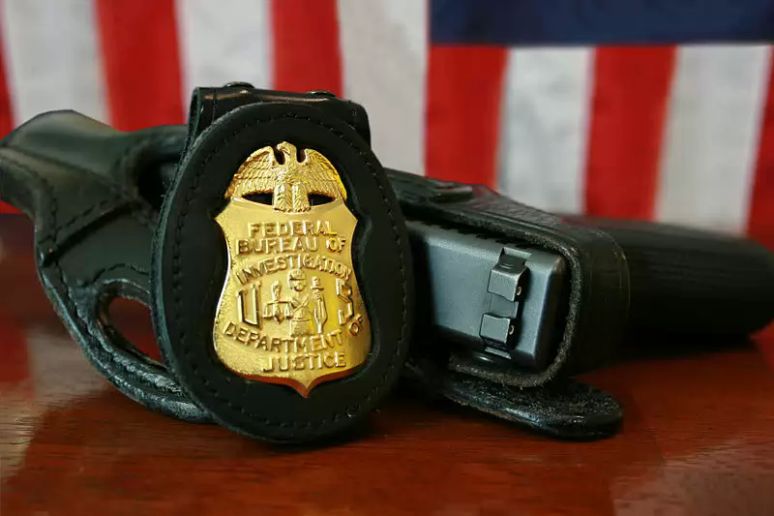 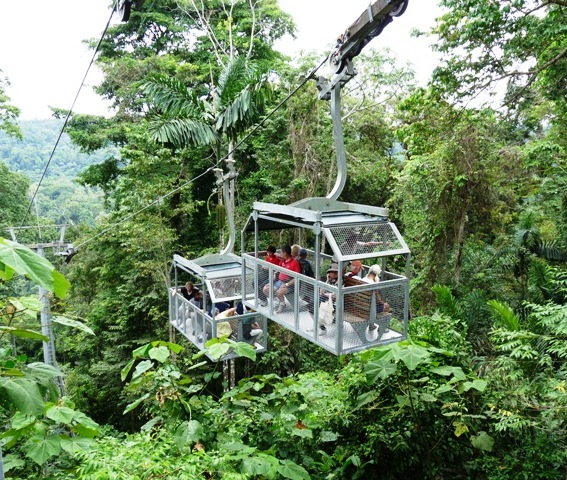 The Importance of Forest Corridors in Costa Rica 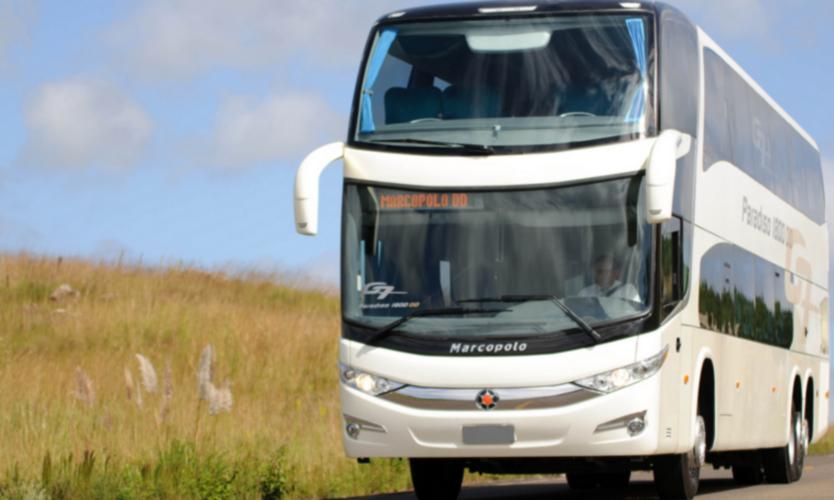 Marcopolo S.A. Press Release – Marcopolo has just signed a new contract for the export of buses to [...]