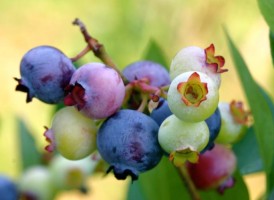 Medical tourists in Costa Rica often mention a healthy smile as their primary motivation for getting dental treatments, which means that they wish to return home with nice, straight and gleaming teeth. There is no question that the power of the human smile is the engine that drives the dental tourism economy, but many patients tend to focus too much on their teeth and forget about the importance of keeping gums healthy.

Odontology professionals at the New Smile Dental Group in Costa Rica are used to treating patients who are driven to desperation by crooked or discolored teeth. These patients seldom think about the health of their gums, the maxillary tissue covered by mucous membrane that surrounds the base of their teeth, and this is what adult patients should really focus on when it comes to oral health.

Gum disease is a dangerous condition that develops when bacteria turns into plaque; a film that covers teeth and causes severe inflammation. This is not gingivitis, which happens to quite a few people on occasion and causes bleeding of the gums; severe gum disease is known as periodontitis, and it can infect gum tissue to the point of destruction. Without gums to support them, teeth could fall off and smiles could forever disappear.

Periodontal treatments are also practiced at the New Smile Dental Group in Costa Rica. These treatments often involve removing tartar and applying antibiotics to fight the infection. Odontologists at this clinic are paying close attention to new research being conducted by microbiologists at Universite Laval in Quebec, where blueberry extract is being tested as a potential new ally in the fight against periodontitis. According to a recent report by the American Chemical Society:

Daniel Grenier and colleagues wanted to see if blueberry polyphenols, which work against foodborne pathogens, could also help fight Fusobacterium nucleatum, one of the main species of bacteria associated with periodontitis.

In the lab, the researchers tested extracts from the wild lowbush blueberry, Vaccinium angustifolium Ait., against F. nucleatum. The polyphenol-rich extracts successfully inhibited the growth of F. nucleatum, as well as its ability to form biofilms. It also blocked a molecular pathway involved in inflammation, a key part of gum disease. The researchers say they’re developing an oral device that could slowly release the extract after deep cleaning to help treat periodontitis.

Should the research above advance and be put into practice, your next visit to the dentist in Costa Rica may taste like blueberries.