Who Killed Don Lewis: How Carole Baskin From Tiger King is Connected to Costa Rica 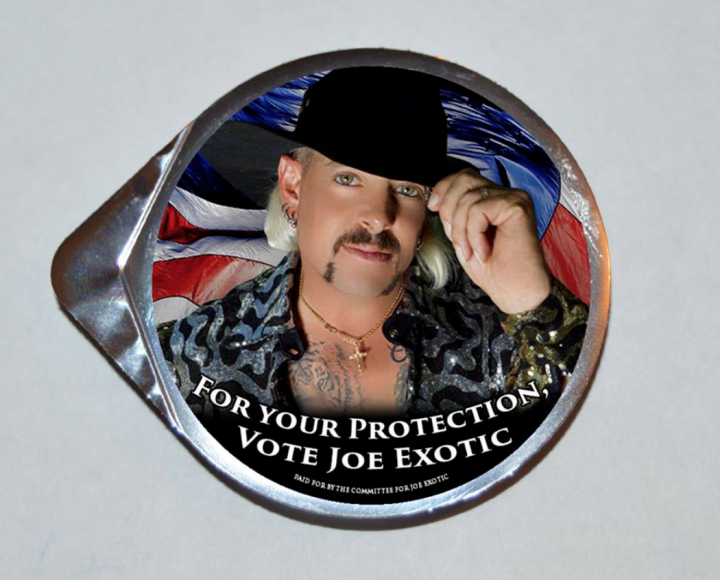 Who wants a Joe Exotic Tiger thong? We know you do!!!

In this challenging time of people having to hunker down in their homes due to the novel coronavirus, Netflix has served up a delightfully weird true story of Joe Exotic a outrageously flaboyant big cat animal park owner and Carole Baskin an American woman who allegedly killed her husband before he could leave her to move to Costa Rica. Carole’s late husband Don Lewis has never been found and no body has ever been recovered, but some feel (Especially Joe exotic) that Carol ground his body up, and fed it to their pet tigers. Don and his wife Carole owned a Florida wild life sanctuary together, but the wife claimed his erratic behavior made it impossible for their marriage to continue.

At the time of his disappearance, Don Lewis (59) was planning to relocate to Costa Rica – he had even purchased his plane ticket – and was loading up trucks to make the move, hoping to recreate his Tampa Big Cat Rescue sanctuary in Central America. His wife, Carole Baskin (58), had been finding his behavior increasingly frightening. He had been diagnosed with bipolar disorder, and according to his wife, had become a sexaholic, wanting to have sex daily. In weeks where Carole was menstruating, Don would fly to Costa Rica and enjoy the company of Ticas. Now it seemed he wanted to live in Costa Rica full time. Then he disappeared. Netflix covers the saga in its recent “Tiger King: Murder, Mayhem and Madness.”

Carole reported him missing, and Don’s van was eventually discovered at the Pilot Country Airport in Springhill, Florida, about 40 miles from the Big Cat sanctuary. No one had filed a flight plan to Costa Rica from there, and Don’s plane was still in the hangar. Police did travel to Costa Rica following Lewis’ disappearance in August of 1997, but came back empty-handed. Lewis had vanished leaving his wild animals, five million dollars, a “confused wife”, and lots of unanswered questions. Conspiracy theorists have had a field day since then, with many feeling that Lewis had become involved in the drug traffic business, and was killed when a drug deal went sideways. No case has ever been filed against Carole for his murder, and she states that accusations against her are “totally outlandish”.
The story of this couple becomes more bizarre at every turn, including Don’s freakish behavior, a team of employees no one would ever trust, family members with axes to grind and an appetite to inherit his millions, and the cherry on the cake: Joe Exotic, a bigamist homosexual, gun wielding animal park owner who has it in for Carole, and is now doing 22 years in jail for her attempted murder for hire. Joe sold condoms with his image on them at his animal park gift store along with a mens tiger thong underwear line and country music albums he produced and starred in himself that primarily related to Carole Baskin killing her husband. We loved one song so much we had included it in this article below. It’s called “Here Kitty Kitty”

Don Lewis only had a first grade education, but had made his millions by buying up defaulted-upon loans from banks, foreclosing on the properties, then selling them again for large profits. Carole helped with the paperwork and legalese. But then Don began insisting he could only defecate outside like the big cats. And he began hoarding old cars, then all manner of junk he had discovered dumpster diving. It all became too much for Carole to endure.

Carole has built her reputation as a leader in the fight against people keeping wild animals as pets, and small zoo owners who abuse animals by forcing them to be handled and mated recklessly. That put her directly in conflict with Joe Exotic, launching a grudge match that continues even twenty years later. There are currently more big cats privately owned than in the wild, so Carole clearly has her work cut out for her. She is also still trying to resolve Don’s estate, and squabbling with his family.
As to the charge that she fed Don’s body to the big cats, she has refused twice to take a polygraph (on the advice of her lawyer), but stated, “My tigers eat meat; they don’t eat people. There would be bones and remains of my husband out there. I’m amazed that people would ever think such a thing.” No DNA testing was ever done on the sanctuary meat grinder. This case needs to be reopened.

The million dollar question is who killed Don Lewis?