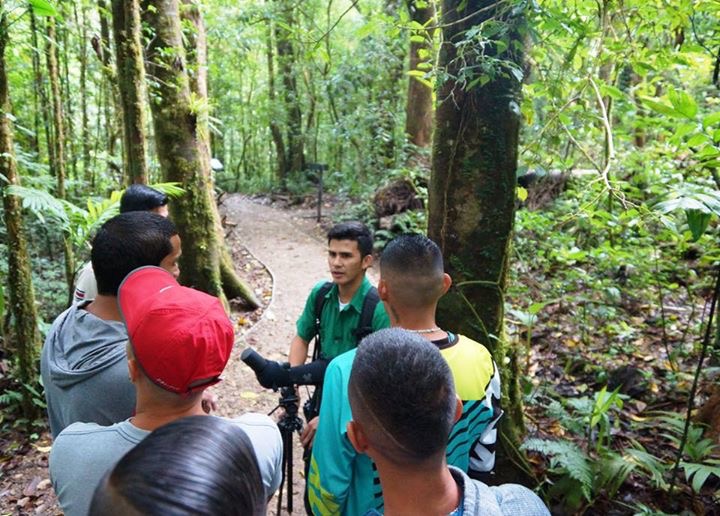 Educational visit to Monteverde by prisoners 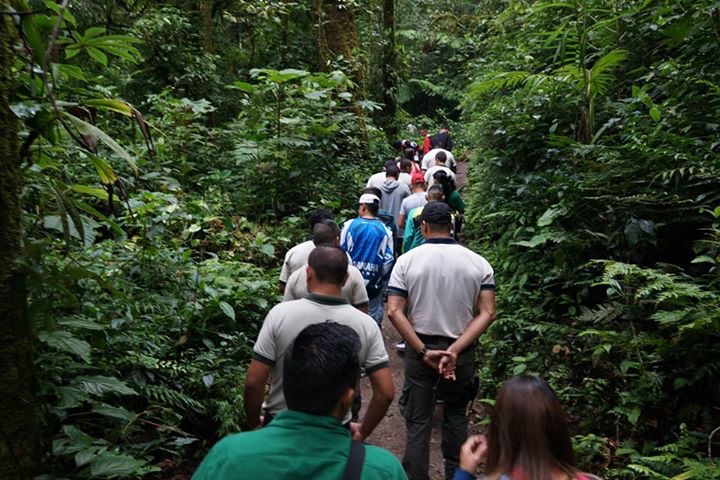 Educational visit to Monteverde by prisoners

Ten young men from the Ofelia Vincenzi Specialized Center, a rehabilitation center run by the Ministry of Justice and Peace, visited for the first time the world renowned forest as part of their educational experience.

Those chosen have never been absent from classes at the school that operate inside their facility, said the ministry.

The center’s educational section was invited by the forest managers, the Tropical Science Center, and the visit was carried out as part of the United Nations World Youth Skills Day.

The young men were accompanied by nine penitentiary policemen, who went on a 2-hour through the forest, and received an educational talk from Mercedes Diaz, director of the reserves environmental education program.

One of the participants, named Michael (21) who is in his last year of high school at the prison, said about the trip, “Today was very different. I learned about how to conserve protected areas. I had heard of Monteverde, but have never come. It strikes me that it is so wet. Here I feel freer and I forget that I am confined. I have goals and with my studies, I want to achieve them. I want to be a phys-ed instructor.”

The group learned various aspects of the forest such as how differentiate a cloud forest from others based on its special characteristics that include many epiphytes – plants that grow along branches and trunks of trees – such as mosses, bromeliads, orchids, vines, and are not parasites.

Common flora and fauna were also observed by the intrigued participants including orchids, quetzals, bellbirds, hummingbirds, bats, primates (include congo, white-faced and spider monkeys), anteaters, among others. They also learned about the history of the biological reserve, as well as the emergence of Monteverde as a tourist destination.

Silver, 21, was another who spoke of the meaning he garnered from the experience. “It was very nice. I haven’t been out on a road for years. One sees that there are still people who believe in one and want to help. On this tour, I liked walking the trails. I learned from the birds – one thinks they do nothing but fly, but now I see they too have their own life.”

Maigualida Brenes, a social worker at the specialized center, said that this activity is the result of the students’ own effort. “We gave the opportunity to 10 young people who have had good attitude towards the learning process, who have not been absent, and have been participative, and have shown an interest in the culture of the country. The idea is to create a different space and alternative to learning, where they can be in contact with nature, biodiversity and have more sensitivity. The initiative seeks to help them develop their skills and come into contact with other dynamics than those in the center.”