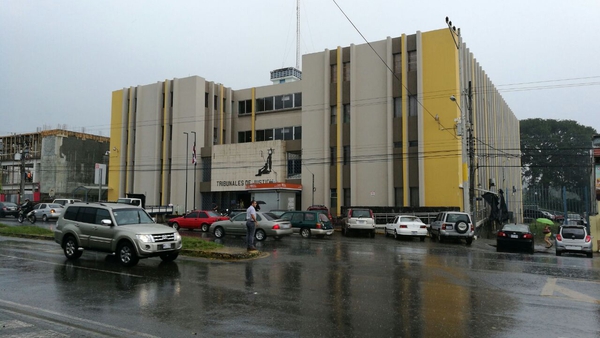 A court in Costa Rica.

The Criminal Court of Quepos and Parrita in Costa Rica’s Central Pacific region sentenced Freddy Cortés Peña, yesterday, Thursday, September 28, to 25 years in prison for assaulting and raping a U.S. tourist, according to the public prosecutor’s office.

The crimes date to April 20, 2006 when the American tourist and her boyfriend were on the beach at Manuel Antonio National Park adjacent to the port town of Quepos.

Cortés, a Costa Rican national, was one of five men who approached the couple. The group attacked the American woman’s boyfriend and hit him over the head, leaving him unable to defend his girlfriend, who was then raped and had her belongings stolen.

The ruling includes sentence of 18 years in prison for rape and another 7 years for aggravated robbery.

The Office of Technical Advice and International Relations of the Public Prosecutor’s Office of Costa Rica was instrumental in securing the sentence. They located the victim and obtained her testimony via videoconference, which was fundamental for confirming the events, according to the Prosecutor’s Office.

Cortés will serve a 6-month pre-trial detention while the sentence is transcribed and made final.