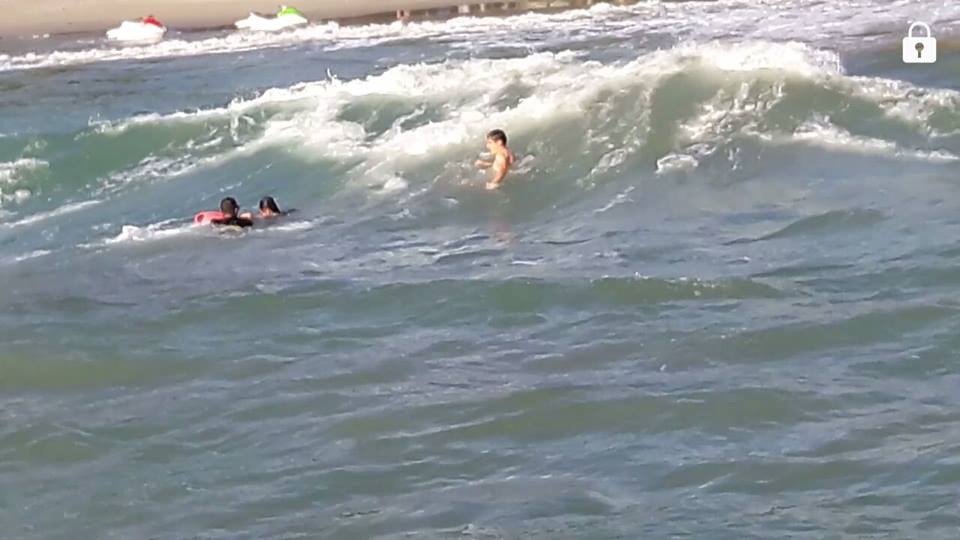 The Costa Rica Coast Guard Service prevented a tragedy this Saturday in Manuel Antonio, Quepos, when eight tourists were dragged by the strong current.

Coast Guard officers were nearby patrolling the area when they realized what had happened and immediately the lifeguards went into action.

The Coast Guard Service will continue their operations in the most visited beaches in the country this high season. The 10 stations are located 7 in the Pacific Coast, specifically Puerto Mora de La Cruz, Flamingo de Santa Cruz and Puerto Coyote in the North Pacific, these will be surveilling high visitation beaches such as Hermosa, Ventanas, Samara and Flamingo; in the Central Pacific the stations will be patrolling the beaches of Doña Ana, Tambor, Herradura and Jacó and the station in Cañas, Guanacaste will be in charge of the beaches in the Nicoya Gulf. The concurred beaches of Manuel Antonio, Dominical, Esterillos and Ballena are also part of the operations, and the Golfito station will be providing assistance in the beaches of the Golfo Dulce.

Aside from preventing and acting during water accidents the Coast Guard Service will also be running operations to protect the environment and detect any possible criminal activities.

Take note on some of Costa Rica’s most dangerous beaches: https://news.co.cr/costa-ricas-dangerous-beaches/52913/