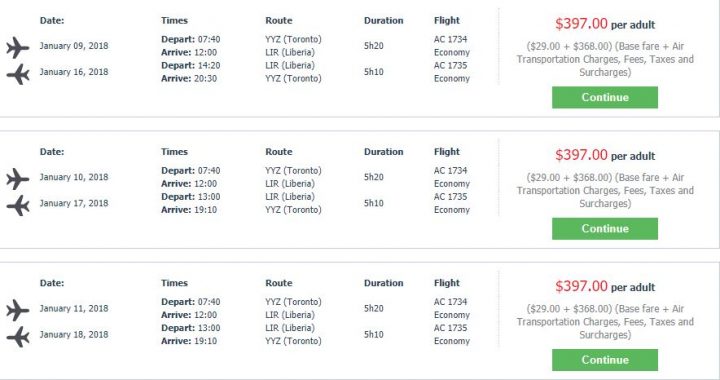 Cheap Flights from Toronto to Liberia

If you have been dreaming of escaping the winter in Canada and head to the wonderful summertime in Costa Rica, this is your opportunity, Air Canada Rouge, the low-cost airline of Air Canada just brought ticket prices down to $397.00 CAD ($319.60 USD) roundtrip from Toronto to Liberia.

This is an amazing deal considering that right now it’s the high season in Costa Rica, and non-stop tickets usually run around $800-1200 CAD.

Traveling directly to Liberia, Guanacaste you will be close to some of the most beautiful beaches in Costa Rica, the famous Costa Rica Gold Coast with beach towns such as Tamarindo; the area of Nosara a favorite among North American Tourists or the paradisiac Papagayo Gulf a place that many celebrities choose as their vacation spot; don’t forget National Parks like Rincon de La Vieja Volcano, which is an obligated stop.

Don’t give it too much thought, remember that these deals don’t last long.