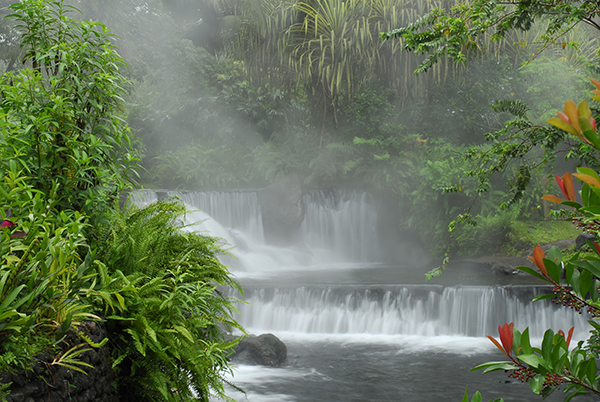 The Arenal Thermal Center plans to promote a unique form of medical tourism drawing on the hot spring waters that flow out of the volcano and into local rivers, such as the Arenal River.

The project, which is awaiting permits before construction can begin, would cost an estimated US$23.3 million, and consist of 32,531-square-meter construction on a 400,000 m2 area.

The Arenal Manoa Hotel is run by its founders, the Cedeño family from La Balsa, San Ramón, who moved to ​​La Fortuna in 1964 to become cattle and dairy farmers.

After the volcano’s massive surprise 1968 eruption, which wiped out an entire village and continued active for decades afterwards, the area slowly gained fame as a tourist destination.

Hotel Arenal Manoa is one of the region’s many hotels, and opened in April 2006. It is situated on the site of the still active cattle farm, and includes interactive tours of the farm, hiking trails through the property’s forest, and access to the Arenal River.