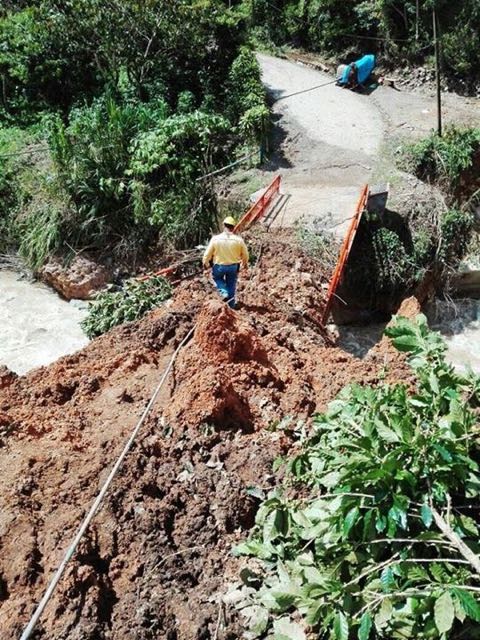 The area was completely cut off from the rest of the country for days after the storm, with landslides blocking all access roads. The Monteverde Cloud Forest Reserve was closed for a week following the storm.

Photos and drone footage show the immense landslides on the region’s steep forested slopes, and washouts that affected homes, roads, and other infrastructure.

This rural community located in the province of Puntarenas, once based on dairy farming and agriculture, and increasingly dependent on tourism, has had to unite to face the difficulties in the aftermath of the storm – a recovery that will be long.

Costa Rican photo-journalist and frequent contributor to the Spanish News Service, EFE, Jeff Arguedas collaborated with the Municipal Emergency Commission to record images of the most affected parts of Monteverde.

Arguedas’ drone footage aided the National Emergency Intervention Teams (ENI, their initials in Spanish), “to better view and handle some landslides that they could not observe so well from the ground,” said Arguedas.

And then the images lent to the creation of the video below that highlights the environmental ravages and also the human efforts involved in dealing with the emergency in the Monteverde region.

Hours of labor by volunteers and rescuers from the Red Cross, the Fire Department, the National Emergency Commission, and local residents went to aiding victims of the natural disaster which affected many parts of Costa Rica, including the entire Pacific coast.