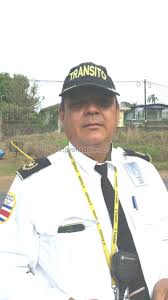 Pedro Arce was head of Traffic Police in La Fortuna

Reports of a shooting were received by police yesterday, Sunday, October 29, at 8:30 p.m. in a farming community outside of the tourist destination of La Fortuna – Arenal Volcano, Costa Rica.

The incident involved the head of the Traffic Police unit for La Fortuna in the district of San Carlos, Alajuela in the north-central region of Costa Rica.

Pedro Arce Araya (56) fatally shot his 19-year-old lover and then himself with the government-issued gun he used to monitor the streets of the region, according to preliminary police reports.

The shooting occurred at the couple’s house in the Sonafluca community of La Fortuna, adjacent to the local airport.

Arce’s partner was a 19-year-old girl named Krisley Martínez, and apparently had been together with Arce for at least four or five years.

According to reports by neighbors to police, last Thursday the couple has a disagreement and Arce apparently “threw out” the young girl from their house. After she returned on Sunday, they again had an argument, and subsequently the shooting occurred.

Arce also made headlines last year when in mid-September a driver with an expired inspection refused to stop, and proceeded to crash into the official and carry him on the hood of his vehicle for some distance. Arce had only minor injuries after the tussle with the uncooperative driver.

Police said Martínez had three bullet wounds in the head, while Arce had one shot in the head.

Arce had been chief of traffic police in the area since 2008, and was well known in the community. Investigators are seeking for clues that could help explain the tragic incident that claimed these individuals’ lives.