Will a People’s Pier Soon Become Reality at Jacó Beach in Costa Rica? 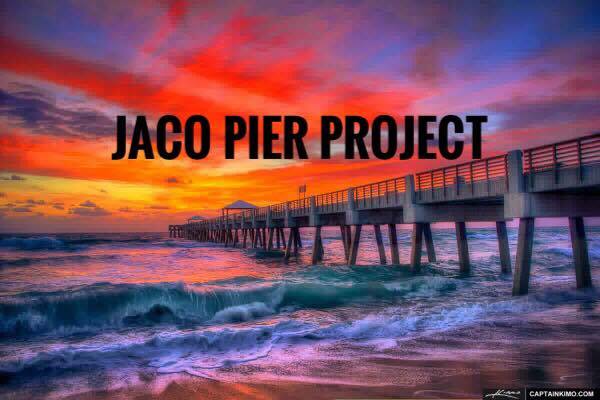 Whether you like it or not Jacó Beach, on Costa Rica’s Central Pacific coast, is destined to become much bigger.

Jacó’s image is moving away from the free-wheeling, all-night-party scene to a much more family-friendly atmosphere. Growth is inevitable with capitol city San José and its 1.5-million people only 90-minutes away, plus millions of tourists coming to Costa Rica annually and thousands of expat retirees moving in — Jacó is the closest and biggest beach town to the main airport and populous Central Valley, with its alluring front-row seat on the Pacific Ocean.

And add to that – a new major airport that’s even closer to Jacó is being planned. The Costa Rican government is doing everything they can to encourage this growth because they make a ton of money in Jacó off business and sales taxes.

Building permits are being issued as evidenced all around Jacó – homes, condos and commercial developments are under construction now, and more are planned while older units are being renovated. Long abandoned condo building projects are being revived.

The single best thing the Costa Rican government could do to bring more people to Jacó is to help build a world-class, state-of-the-art, handicapped accessible, 1,200-1,500-foot fishing/pedestrian pier – 100 percent wind and solar powered — smack-dab in the middle of Jacó off Calle Bohio where the old Bohio Beach Bar was.

Having such a “People’s Pier” in Jacó would be a natural evolution of a growing beach town with an ideal half-moon bay location.

Such piers are found throughout the world and they are built for a reason because people love piers and find them irresistible. Piers take you somewhere you cannot go. Once built and well managed they take on a life of their own with multiple activities going on at the same time – fishing, strolling with the dog, yoga classes, breakfast-lunch-dinner over the ocean, evening concerts, weddings, sunset watching, special events, star gazing, sunrise church services and on and on. There’s plenty of room on a 30-foot-wide, 4-to-5-football-fields-long-pier. Imagine watching Jacó’s biggest night – New Year’s Eve – and all those fireworks – from the pier. How cool would that be?

In addition to all the above, at the end of the pier – out past the waves — could be a step-accessed platform below the pier to accommodate stand-up-paddle boarders, kayakers, snorkelers and scuba divers. There are many water sports to be considered and possibly accommodated. A section of the pier could be off limits to fishing so paddle boarders and fish hooks don’t intermingle. There are many possibilities.

Piers make money. If they didn’t there wouldn’t be hundreds of piers all over the world. Normally piers charge small user fees to fish, walk the pier or use the pier in any way. These fees add up. Plus, being 100-percent wind and solar powered the pier would avoid power bills. In addition, piers usually have a popular restaurant/bar over the ocean with second-and-third floor observation decks. Plus a bait and tackle shop offering rental fishing poles, SUP boards, kayaks and snorkeling equipment; a beach shop and a convenience store or a one-stop shop offering all these products and services.

Critics say the pier would ruin surfing. WRONG. Waves, currents and tides pass right thru the pilings. There are 2.5 miles of surfing on Jacó Beach — the pier is only about 30-feet wide. There are no environmental impacts from such a pier or they would not have been built all over the world – including on many surfing beaches.

Critics say the pier would pollute the waters and the beach. WRONG. There is nothing associated with the pier that would cause water pollution. Pier design prohibits pollution from occurring. Pier management would need to pay close attention to any beach trash coming from the pier, conduct daily cleanups and support those groups such as Karma Tribe in their efforts to keep the beach clean for everyone. Public piers have been built over the ocean shores time and time again all over the world, having passed all environmental requirements and concerns. Management is key to any successful pier with public safety the number one rule maker — such as — no glass on the pier.

Critics say the pier wouldn’t last. Nobody in Costa Rica could build it. Be destroyed by big swells. WRONG. Solid reinforced concrete pilings and decks remain in place indefinitely – some of the better piers are more than 30-years-old and going strong in salt water. It’s really no different from building a bridge over a river. Pier design and construction around the world has been going on for decades. There are as many designs as there are piers — they are all different. The old wood piers from days past are long gone. Costa Rica does have the talent to build a stunning, first-class public pier from end-to-end.

Financing the “People’s Pier” would obviously come from government and private sources yet to be developed. If the Costa Rican government backed the pier, permits would be issued and the process could go well. What better way for the government to provide a municipal public project that would benefit everyone — locals, tourists and retirees by using highly-restricted public beach in this way?

The purpose of the Jacó Pier Project is to promote the idea, get people talking about the possibilities and find a way to build it. It would become a redefining crown jewel of Jacó– the most popular strip of real estate in town and that’s really what a few people — that are against the pier — fear.

But there’s room for everyone: Jacó is Costa Rica’s Daytona Beach.

Jaco’s growth is inevitable, and so too will the “People’s Pier.”